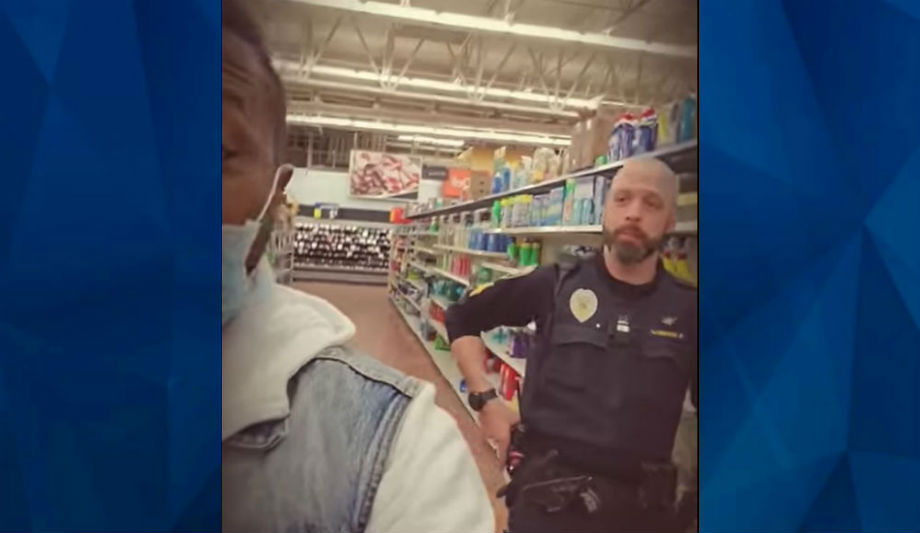 While the police chief noted that there is scant evidence that officer did anything wrong besides misstake a city ordinance, he said the incident is under investigation

Two men say were ejected from a supermarket because they were wearing medical masks to help curb the spread of the deadly coronavirus.

As the Washington Post reports, two black men posted a video of themselves from a Walmart in Woodriver, Illinois, dated March 18, in which they record themselves walking out of the store as a police officer follows behind, his hand conspicuously on his gun. Both are seen wearing medical masks that do not appear to be homemade.

“He just followed us from outside, told us that we cannot wear masks,” one of the men said in the claiming that the officer followed the pair inside just to tell them to leave. “The coronavirus is real. This police officer just put us out for wearing masks and trying to be safe.”

The police officer does not appear to speak directly to the men in the video, and the men did not respond to Washington Post’s attempts to reach them. But they did speak to the local news outlet The Telegraph, and claimed that the officer told them city ordinances prohibit shoppers from wearing masks.

Wood River Police Chief Brad Wells told The Telegraph that at the time, there was no store policy or city ordinance against wearing masks for protection, but noted that the incident took place before the public was routinely wearing masks per the more recent direction of city and federal officials. The police chief also pointed out that the stated interactions took place off-camera, and said he could not conclude that the officer had been motivated by racism based on the available information.

“They immediately went into the race issue,” said Wells. “He (the officer) didn’t kick them out of the store or refuse entry.”

Wells said in a follow-up statment published in The Telegraph on April 7 that the men in the video had since filed an offical complaint and that the incident was under investigation. Watch the video below: