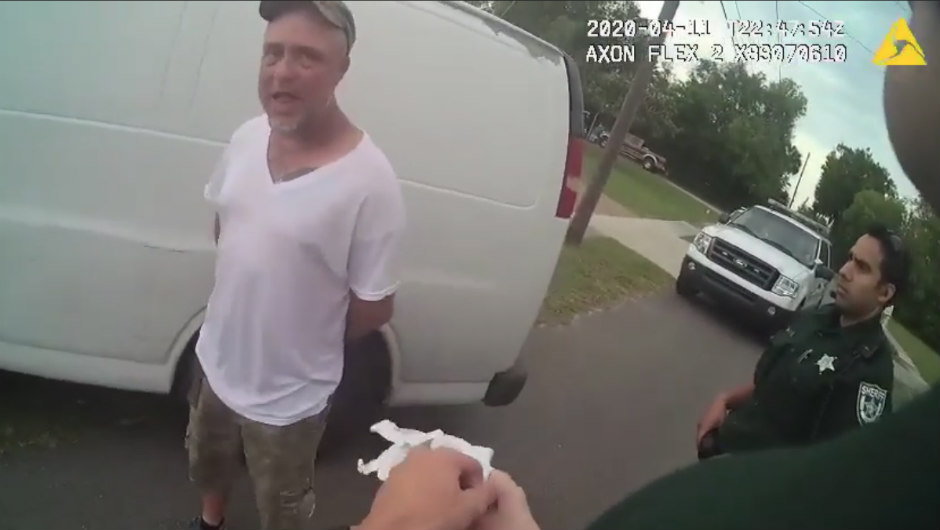 ‘I hope you catch the ‘rona! WATCH drunk Florida man lose it after cops confront him for threatening to kill mother with butter knife

A Florida man who allegedly threatened to kill his mother with a butter knife apparently told responding officers that he hoped they would catch coronavirus.

According to the Volusia Sheriff’s Office, Deland resident Brent Smith, 46, is accused of coming home drunk on Saturday to his home off of Leon Avenue, where he allegedly started a fight with his mother. After shoving his mother a number of times, Smith grabbed a butter knife and threatened to kill her, police said.

“I will kill you!” Smith screamed at the victim, according to police.

When officers arrived at the scene and asked Smith if he was sick, the man began coughing and spewing profanities at the officers.

“I hope you die. I hope you catch ‘rona. I hope the coronavirus, I hope it latches on to you. I hope it makes you puke!”

According to the Volusia Sheriff’s Office, Smith was arrested and charged with

Smith remains behind bars at the Volusia County Branch Jail without bond.