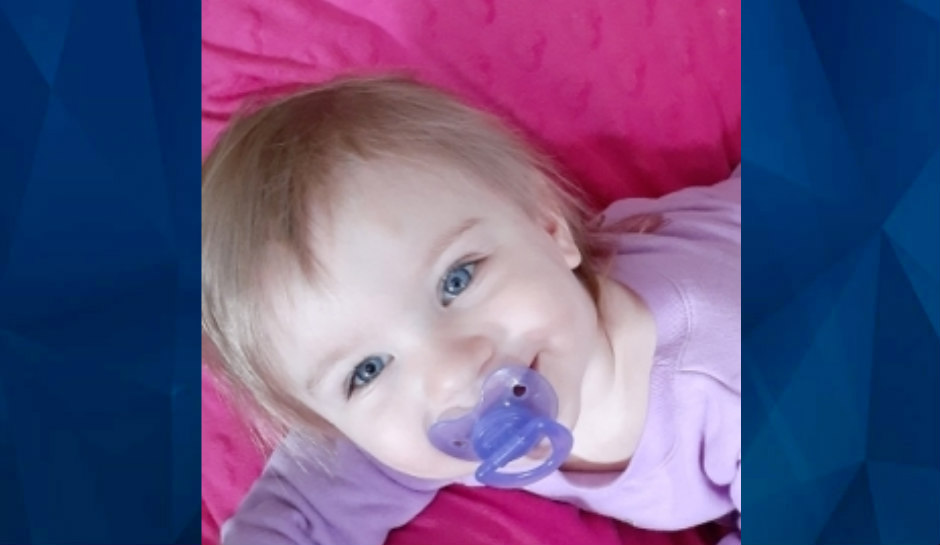 Drunk babysitter uses tot girl as a ‘punching bag,’ kills her & claims it was only a bloody nose: Police

Disturbing details in the death of a 2-year-old Michigan girl emerged in the arrest affidavit against a woman who babysat the toddler the night she died.

Daily News reports that Kellie Jean Barthel, 36, was arraigned on Friday in connection with the death of 2-year-old Vayda-Kay Vasquez. Barthel appeared via Zoom conferencing at the Montcalm County District Court, on charges of open murder, felony murder and child abuse.

According to court documents, authorities were alerted to a home off of West Stanton Road in Douglass Township on March 2. A man in the home with Barthel contacted 911 and said that the toddler had blood all over her body and blood coming from her nose. He added that the child was also “covered in bruises.”

During Friday’s hearing, Michigan State Police Det. Brian Siemen said that during the 911 call, Barthel took the phone from the man and said that Vayda-Kay was “fine.”

“At one point during the 911 call, Kellie Barthel gets on the phone and reports the child is fine, is breathing and just had a bloody nose and they can send an ambulance if they wanted,” Siemen said. “Barthel and (the man) could be heard arguing over the wellbeing of the child and Barthel at one point tells (the man) to leave her home.”

I just wanted to say thank you kevin! Your music has brought me a lot of inspiration and motivation but most of all the…

Siemen added that Barthel took Vada-Kay to the bathroom so the man couldn’t see her. When troopers arrived, the suspect allegedly threw the toddler on the floor in front of him and yelled at the man “to do something.” By that time, the toddler’s skin was cold. She was already dead.

“The victim’s body was covered from head to toe in bruises,” Siemen said. “EMS staff were interviewed by myself and advised that it appeared to them that the child was used as a punching bag and it was very apparent that the child had been deceased for quite some time.”

According to the Oakland Press, investigators immediately thought the toddler’s injuries were suspicious. Michigan State Police crime lab arrived at the home and reportedly found blood spatter in a room, along with blood on the floor and furniture, and tipped over flower pots.

Investigators also found a trail of blood throughout the home, bloody towels, and a pair of women’s jeans in the laundry room with blood on them.

While reviewing footage from a nearby convenience store, investigators spotted Barthel pull up to a Sunoco gas station in a car on the night of March 1. Vayda-Kay was inside the car and at that point, the toddler seemed fine.

Barthel walked inside the store and purchased a bottle of Captain Morgan rum and other items. Authorities said Barthel was wearing the same pair of jeans they found in the laundry room.

Barthel later allegedly claimed she drank four beers on the night in question and went to bed with Vayda-Kay at around 11:30 p.m. Siemen said that the following morning at around 9:30 a.m., Barthel’s blood alcohol leve1 registered at .101. She also reportedly had amphetamine and methamphetamine in her system.

Although an autopsy determined that Vayda-Kay died from a skull fracture and cerebral trauma, the suspect said she only spanked the toddler on the bottom with her hand. Authorities also noted that the child had severe lacerations on her lips.

“She admitted to spanking the child five times on the butt with her hand,” Siemen said. “After spanking her and letting her go, Vayda fell forward and hit her hand and her head on the floor [the suspect said]. Kellie denied she was injured.”

When Barthel was interviewed last Monday, she changed her story, according to Siemen.

“Kellie advised she slightly swatted the victim’s butt after she urinated on the floor. Kellie advised the child slipped and fell due to standing in urine at the time, hitting her head on a cupboard. Kellie said the child didn’t have any injuries that caused bleeding but did advise that the child did have a bruise on her forehead.”

Barthel, who, according to her defense attorney is a mother herself, was denied bond. She’s scheduled for a preliminary hearing on April 29.

Light Up a Room

Vayda-Kaya was a child “who could light up a room just by being in there,” according to her obituary.

“Her smile was only matched in size by that of her bubbly personality,”  the obituary continued.

MLive reports that Vayda-Lay was the daughter of Christopher Sanchez and Danielle Maybee. Paternal grandmother, Shawnerie Russel, said that Vayda-Kay was a “perfect baby.”

Woman Dies on Hike With Man She Met on Instagram; Date Says He Continued Without Her After She Quit From Heat Exhaustion