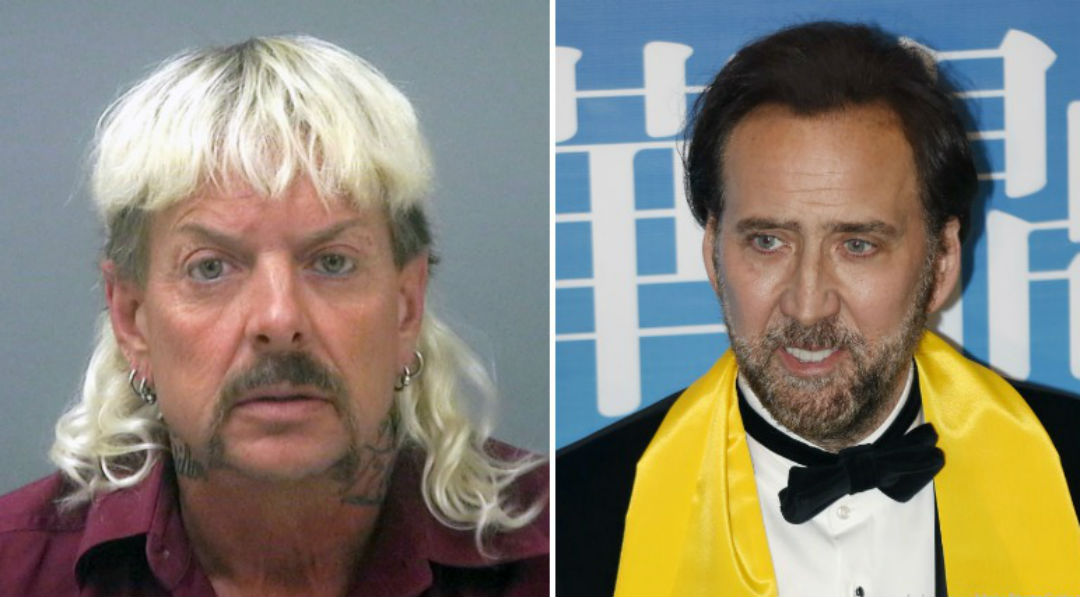 Variety reports that the “Leaving Las Vegas” actor will play Joe Exotic in an upcoming scripted series co-produced by CBS Television Studios and Imagine Television Studios.  It will follow the life of the animal trainer who was convicted of plotting to murder his professional rival Carole Baskin, and will be adapted from the Texas Monthly feature story “Joe Exotic: A Dark Journey Into the World of a Man Gone Wild,” by Leif Reigstad.

Joe Exotic rose to national fame after the Neftlix series became must-watch television during the early stages of shelter-in-place orders during the coronavirus pandemic. He is currently in prison following his 2018 conviction.