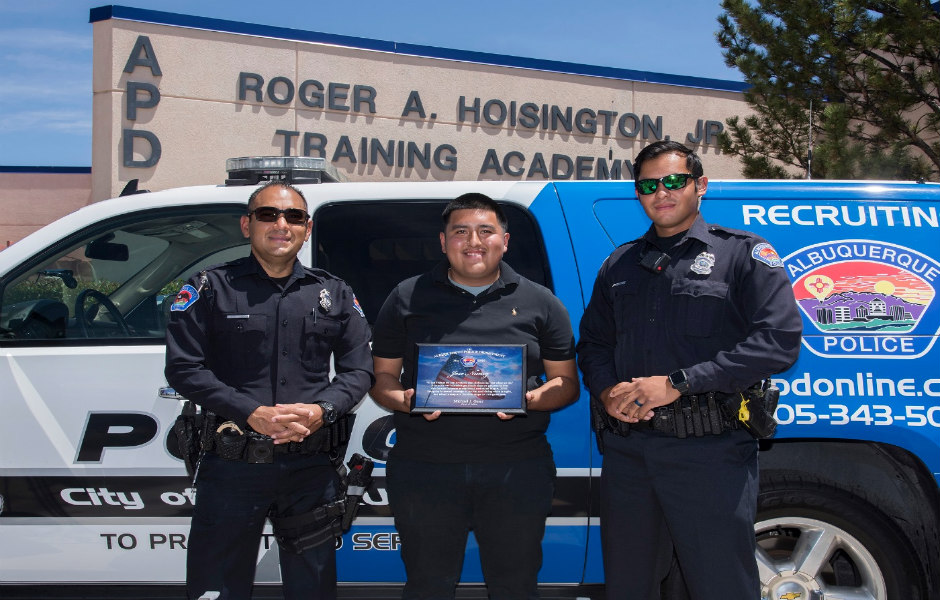 A New Mexico teen is being called a hero after he found a large sum of cash at an ATM machine and did the right thing.

CNN reports that 19-year-old Jose Nuñez Romaniz stopped by an ATM on Sunday to put cash into his account so his grandfather would have enough money to buy socks online. He drove to an outside ATM machine in Albuquerque, at a Wells Fargo bank, when he made the discovery.

Nuñez spotted a “foot-long stack” of bills, lying on the ground in a clear plastic bag.

“I didn’t know what to do. I was, like, dreaming,” Nuñez told CNN. “I was just in shock. I was looking at myself and just thinking, ‘What should I do?'”

Posted by Albuquerque Police Department on Thursday, May 7, 2020

He never thought about keeping the cash but he did consider that someone was playing a prank on him. He also thought that someone might sneak up and kidnap him.

Nuñez said he ultimately called the Albuquerque police and handed over the money when the officers arrived.

The officers said they counted the cash at the police station. It equaled $135,000.

“This money could have made an incredible amount of difference in his life if he went down the other path, but he chose … the integrity path and did the right thing,” Officer Simon Drobik with Albuquerque police said.

Nuñez credited his parents for his values and integrity.

“My parents always taught me to work for my own. Stolen money would never last you any time.”