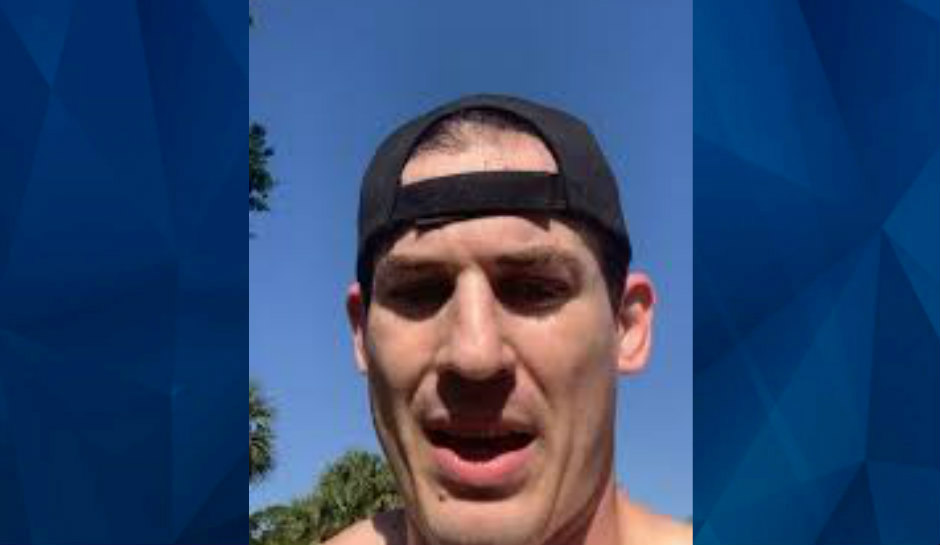 SEE IT: Former pastor jogs through neighborhood with television to see if skin color matters

Outraged by the death of a black man shot dead during broad daylight, a white Florida pastor ran shirtless while holding a flat-screen TV to see if his skin was enough to keep him from getting stopped or hurt.

During an interview with Insider earlier this week, 34-year-old Richard Demsick said he decided to prove that skin color matters after the shooting death of 25-year-old Ahmaud Arbery, who was reportedly out on a jog in February when two white men shot and killed him.

“I just started crying when I just saw this poor young man running — as I have thousands of times in my life — get shot down,” Demsick told Insider. He said he thought: “Maybe I should run with a TV to show that being a suspicious character isn’t enough that someone should be shot down. Being a white person, that’s just not going to happen to me.”

Demsick started his jog wearing a grey tank top and a baseball cap turned forward. He said he jogged freely without being stopped or questioned.

Demsick put his theory to test even further by taking his shirt off and flipping his cap backward. He then continued his jog. Again, according to Demsick, no one stopped him. Instead, most people smiled and waved, he said.

Demsick, who said he’s passionate about social justice issues, said that he grew up in suburbs outside of Detroit. He attended dance classes in the city and although he was the “unique duck” in a predominantly black dance community, he said he was welcomed with “open arms” while seeing up-front the struggles his dance peers endured, the outlet reports.

Demsick later became a pastor at a conservative, upper-class Florida church. He then launched an outreach ministry where he spoke on issues such as racism and people divided over politics. He credited his parents for teaching him to listen to all sides.

Regardless of his experiment, Demsick said that as a white man, he could never begin to fully understand the struggles of what it’s like being black in America.

On February 23, shortly before 25-year-old Arbery was shot and killed in a residential neighborhood in Brunswick, Georgia, a man matching his description was spotted on security footage, inside an open construction home in the Satilla Shores neighborhood, near Brunswick.

The man was in the home for less than three minutes and appeared to come out empty-handed before running off.

Within minutes, retired district attorney investigator Gregory McMichael and his son, Travis, began following Arbery in their truck. Around the same time, someone called 911 and reported a man inside the construction home.

911 dispatcher: “And you said someone is breaking into it right now?

Caller: “No. It’s all open, it’s under construction. And he’s running right now! There he goes right now.”

Caller: “He’s running down the street.”

A little before 1:40 p.m., McMichael and his son stopped their truck in the middle of the street and waited for Arbery. As Arbery approached and tried to run around the truck, a scuffle broke out. Travis McMichael, who had gotten out of the truck with a shotgun, began fighting with Arbery.

Gregory McMichael, who was standing in the bed of the truck with a .357 Magnum, later told police they brought their guns because they didn’t know at the time whether Arbery was armed. Reports indicated that Arbery was unarmed.

Within minutes, Arbery was shot and killed.

Further, Arora added that although Georgia law accepts citizen’s arrest for crimes, it’s only if a crime is committed in the presence of the person trying to make the arrest. The citizen making the arrest cannot use deadly force unless their life is in danger.

Authorities said McMichaels initiated the confrontation by chasing Arbery with loaded guns. Police were not far from the scene when the shooting occurred.

Former U.S. Attorney for the Middle District of Georgia, Michael J. Moore, told Fox News that the security footage “has no impact at all on the outcome of the shooting.”

“He’s not reported to have been seen carrying a drill set, a toolbox, a nail gun, anything you might think of, not even seen breaking in the place. He’s just seen running down the road…He tried to protect himself and ended up being the victim here in what can only be called a modern-day lynching, I think.”

Last week, police arrested both Gregory and Travis McMichael and charged them with felony murder and aggravated assault. They remain behind bars without bail.

“Probable cause was clear to our agents pretty quickly,” GBI Director Vic Reynolds said during a Friday morning press conference. “I’m very comfortable in telling you there’s more than sufficient probable cause in charging felony murder.”