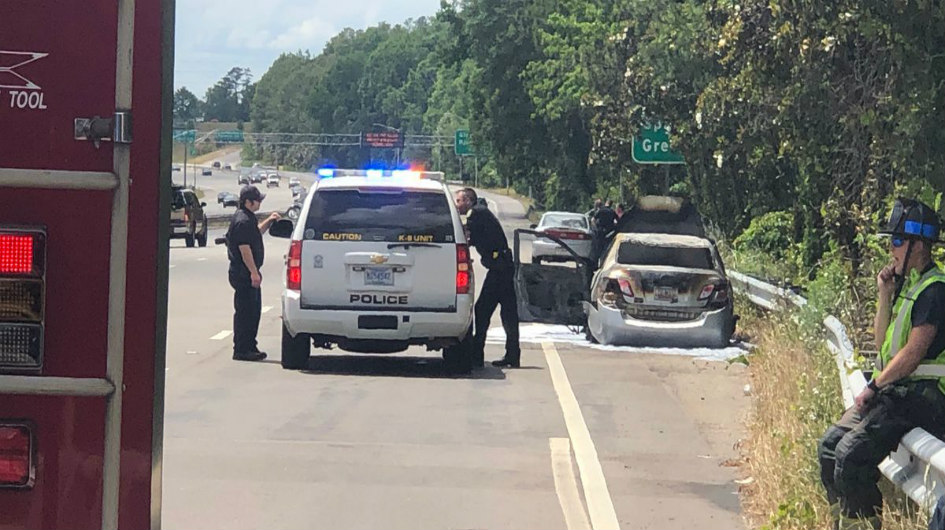 A South Carolina woman is behind bars after she set her own car on fire with a 14-month-old toddler inside, according to police.

Columbia police arrested 23-year-old Caylin Watson after investigators alleged that she intentionally tried to kill her 14-month-old son. WTOC 11 reports that investigators found the car close to mile marker 1 on I-126 West, on Saturday at around 1:30 p.m.

At least four witnesses saw the car and called 911. Some of the witnesses tried to retrieve the child until first responders arrived.

Columbia Police Chief Skip Holbrook said that first responders pulled the child from the car and rushed him to the hospital in critical condition. He’s currently at the Augusta Burn Center in Augusta with severe burns all over his body.

Authorities detained Watson and took her the hospital for minor injuries. Afterward, police transported her to jail on charges of attempted murder, arson in the first and third degree, and abuse/infliction of great bodily injury on a child.

So far, a motive is unknown.

On Monday afternoon, Watson was denied bond. She remains behind bars at the Columbia jail.