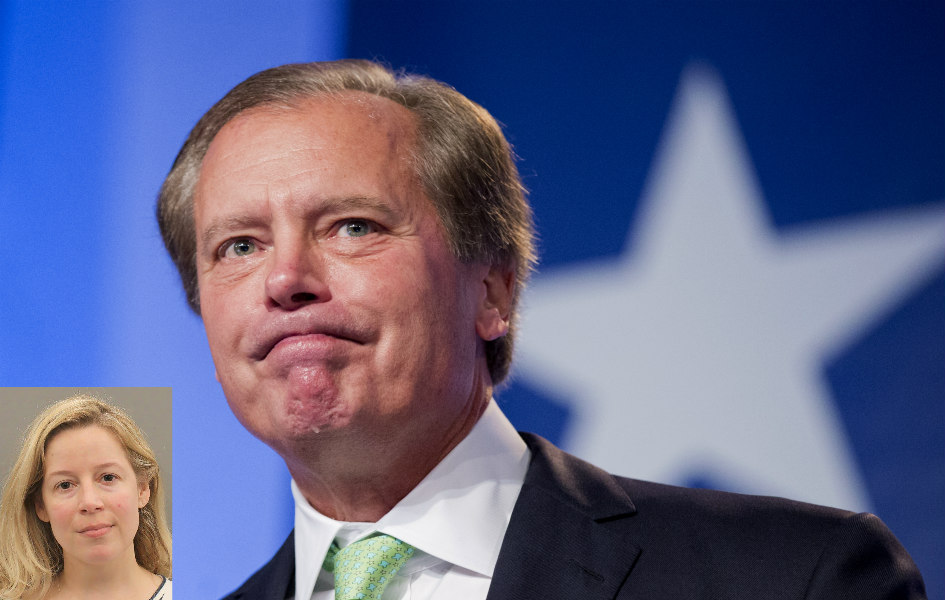 Chron reports that Houston authorities arrested Leslie Ann Caron, 40, and charged her with injury to an elderly person after she attacked 74-year-old Dewhurst. According to police, Caron attacked Dewhurst on May 13 after a dispute over a call. Caron was allegedly upset with Dewhurst after he didn’t make a phone call to a business associate.

Attorney Mary McFaden, of the Harris County District Attorney’s Office, indicated that Caron was charged with a felony due to the victim’s age. Had he been under the age of 65, Caron likely would have faced a misdemeanor charge instead.

An alleged attack happened again several days later when Caron returned to Dewhurst’s home, court documents state. She’s accused of hitting him with a pot, kicking him, and scratching him. A doctor later treated Dewhurst for fractured ribs.

Dewhurst is recovering from his injuries, but reportedly said he’s not interested in pressing charges on Caron, ABC 13 reports.

“I’m not interested in filing any charges against Leslie. She’s a remarkable woman with many fine attributes. I wish her all the best in life,” Dewhurst said in a statement read by his attorney.

Meanwhile, Caron denied the assault and purportedly claimed that Dewhurst was injured while moving items from a warehouse. She also told an officer that Dewhurst attacked her.

Caron showed the officer a bruise on her arm and redness around her neck, but the officer determined that the marks were not consistent with being strangled or attacked.

Caron was arrested and taken to the Harris County jail. She was subsequently released on given a $10,000 bond. A judge told her to stay at least 300 feet away from Dewhurst at all times, to avoid going to his house, and to stay away from any weapons. She’s also been prohibited from drinking alcohol or using drugs.