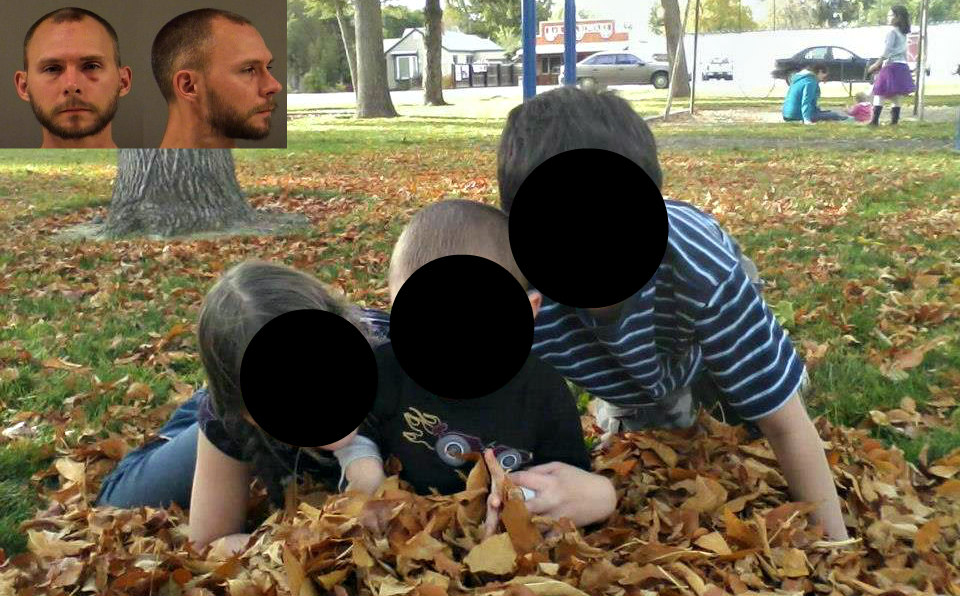 A Montana man, currently behind bars facing homicide charges, pleaded not guilty in connection to the death of his former girlfriend.

NBC 8, citing an arrest affidavit, reports that Stephen Craig Phillips, 37, has been charged with deliberate homicide with a weapons enhancement. He appeared at the Yellowstone County District Court Tuesday morning, where he pleaded not guilty.

Prosecutors say that on May 15, Phillips entered a home at Arrow Creek Trailer Court in Ballatine, where his ex-girlfriend, 34-year-old Jennifer L. McCollum lived. According to prosecutors, the pair broke up a few weeks prior, but Phillips continued to harass her after she moved on and found a new love interest.

Once inside the home, Phillips unleashed a violent attack on McCollum, stabbing her across most of her body and beating her with a baseball bat, authorities said. McCollum’s children, ages nine, four, and nine months, were present during the attack and reportedly watched their own mother die.

At around 6:30 a.m. the same morning, Phillips walked next door to the home next to McCollum’s, where his mother lives. The woman called 911 after Phillips arrived covered in blood. She told police he handed her the title to his van and left.

Deputies, responding to the call, went to McCollum’s home and found her three children staring out of a window. The children were covered in dried blood on their hands and faces, but uninjured, Q2 reports. One of the children told a deputy that his mother had been killed.

“Hello, my mom has been killed.  Steven killed my mom.”

Inside the residence, authorities found McCollum’s lifeless body on the floor with visible injuries. They spotted a bloody bat with hair on it beside her body, along with a bloody kitchen knife.

Authorities walked next door and found Phillips’ mother hiding in a closet, in fear that he would return. She reportedly told investigators that her son had been in a tumultuous relationship with McCollum until around a month prior to her death, when she broke things off with him.

The woman added that when Phillips came to her home on May 15, he told her that he “handled it.” She added that her son had made threatening comments on McCollum a few days before the incident.

Investigators spoke with McCollum’s new boyfriend, who said that Phillips had been constantly harassing them for weeks. They were thinking of getting a restraining, the man said, but McCollum was killed before they had the chance.

Late morning on May 15, police found Phillips walking down a road alone. He smelled of alcohol and had a bruise on his face and cuts on his hands. He was taken into custody immediately.

CrimeOnline spoke with a neighbor, Jessica, who said she and McCollum had been close friends for the past two years. She said she saw McCollum a few hours before the incident; McCollum appeared to be in good spirits while waving goodnight.

“I woke up at about 630 am to find that my property was taped off with crime scene tape and about a dozen or more local law enforcement officers were in both my front and back yard. I messaged Jennifer a few times, asking if her kids were ok and if she was okay. After I received no response I messaged her mother, who delivered the news to me.”

“I am still shocked and disgusted that someone ended such a beautiful woman’s life over something so senseless, and she was literally less than 10 feet from my home as that monster savagely took her life in front of her babies.”