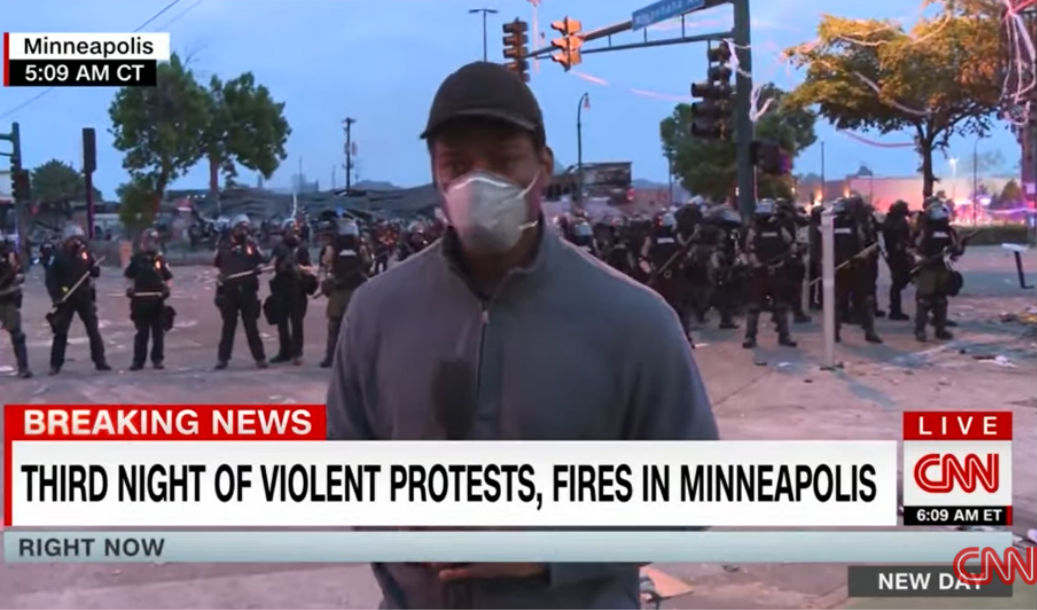 A CNN reporter and members of his crew were arrested on live television as they were filming the protests in Minneapolis on Friday morning.

As CNN reports, correspondent Omar Jimenez, along with a producer and a photojournalist, were arrested on Friday morning near downtown Minneapolis. Hours earlier, a police station there had been set on fire during an uprising to protest the police-involved death of George Floyd, an unarmed black man who died this week after a Minneapolis police officer knelt on his neck for 8 minutes.

Video that captured the incident shows that Jiminez identified himself to state police troopers wearing riot gear, and made it clear that he and his team were broadcasting live.

It is unclear what prompted the officers to take him into custody. As he was being handcuffed, Jiminez is heard asking why he is being arrested, but it does not appear that his question was answered.

The arrest was captured on video:

As CNN reports, all three journalists have been released from custody, and Minnesota Governor Tim Walz has publicly apologized for the incident.

Another CNN correspondent, Josh Campbell, was also reporting live on Friday morning not far from where Jiminez was arrested.

He recounted his experience with CNN anchor John Berman, who noted that Campbell is white. Jiminez, whose parents are black and Columbian, identifies as both black and Latino.

“I was treated much differently than [CNN correspondent Omar Jimenez] was,” Campbell said.