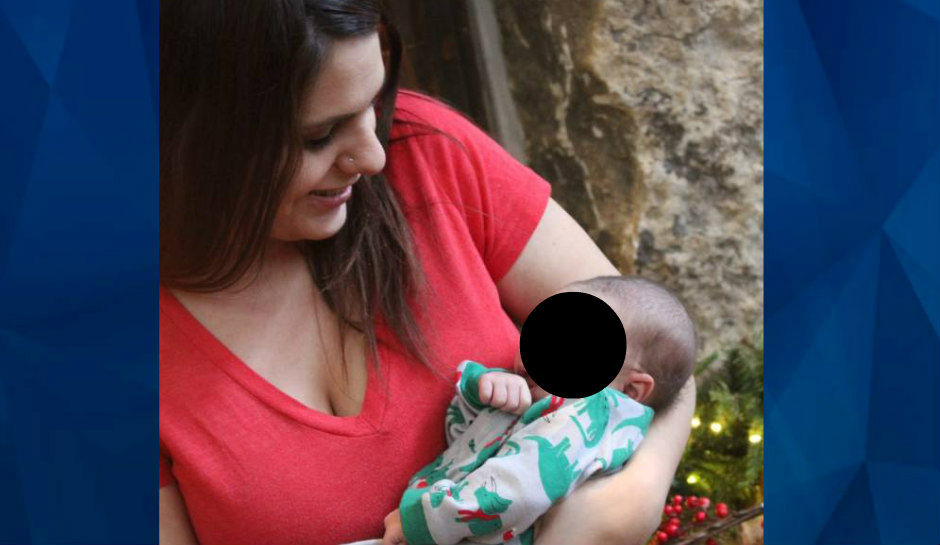 A Missouri woman has lost her life and police said her haunting last words were of fear and panic before she was gunned down.

CBS 5 reports that authorities found 22-year-old Camry Alonzo shot dead inside her own bathroom in Independence on May 26. Her baby, a 6-month-old boy, was taken to a fire station after the shooting.

“She was so ready to have that baby in her arms and hold him,” Alonzo’s mother, Cathy Comstock, said. “She loved him so much.”

A day after the incident, 25-year-old Deon Sanders went to the East Patrol Division police station and set a weapon outside of the building. He then walked inside and detailed what happened prior to his girlfriend Alonzo’s gruesome death.

According to police, Sanders admitted that he had previously gotten in an argument with Alonzo about who she had been out with. Then, on May 26, he came home at around 6 a.m. after a night out of drinking with friends and fired shots into his bathroom door.

Sanders allegedly claimed he was scared when he noticed the bathroom door was locked and didn’t know who was inside, causing him to shoot. Police didn’t buy his story after they found inconsistencies in his statements. The suspect eventually admitted that when he arrived home, he kicked down the locked bathroom door and shot Alonzo.

The suspect said afterward, he took their baby to a family member’s house, then someone took the infant to a fire station. The baby was then taken to a children’s hospital for a medical checkup.

Kansas City Star reports that a family member told authorities that Alonzo sent a text message stating, “I need help please!!!!” shortly after 6 a.m. on May 26.

Authorities then obtained the suspect’s phone and saw the last message he sent to the victim, at around 5:40 a.m.

“You can sit here and call other (expletive) people but can’t answer me.”

Sanders was arrested and charged with second-degree murder and armed criminal action. He remains at the Jackson County jail on a $250,000 bond.