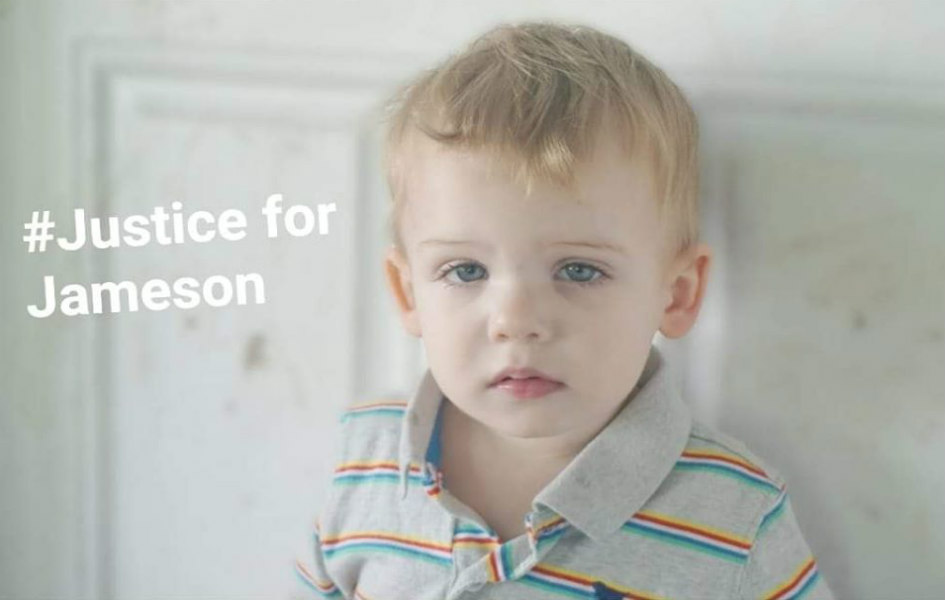 *Warning*: Details may be disturbing to some readers

A 2-year-old Missouri boy has passed away after he reportedly endured a what police are calling a horrific attack by his mother’s boyfriend.

First responders rushed toddler Jameson Long to a local hospital on Sunday after reports of an unconscious child at a home off of East Eighth Street in Joplin. The child’s condition was so severe he was transferred to the Children’s Mercy Hospital in Kansas City.

The Joplin Globe reports Jameson passed away on Tuesday, according to a statement provided by the Joplin Police Department.

“On June 2, 2020 at 8:13 P.M. the 2-year-old male identified as Jameson Long, died at Children’s Mercy Hospital in Kansas City, MO while being treated for his injuries. An autopsy will be scheduled for this investigation. The child abuse investigation is ongoing.”

Authorities arrested Brian O’Grodnick, 22, on Sunday. He’s been charged with four counts of felony child abuse. The Joplin Police Department confirmed that O’Grodnick was not the victim’s biological father.

Investigators obtained a search warrant of O’Grodnick’s cellphone and discovered that he recorded previous instances of child abuse, according to court documents. On April 22, O’Grodnick allegedly pinched Jameson’s mouth together while shoving his face.

On May 1, cellphone footage showed O’Grodnick grab Jameson’s hair while demanding to know if the boy loved him, according to a probable cause statement obtained by KSN.

“Do you love me?” O’Grodnick asked the boy, according to police.

Throughout the videos, Jameson can be seen bruised, shaking, and crying, investigators said. Police added that the suspect admitted to abusing the boy while recording the incidents with his cellphone.

Meanwhile, a GoFundMe page has been set up to help family with funeral and burial expenses.