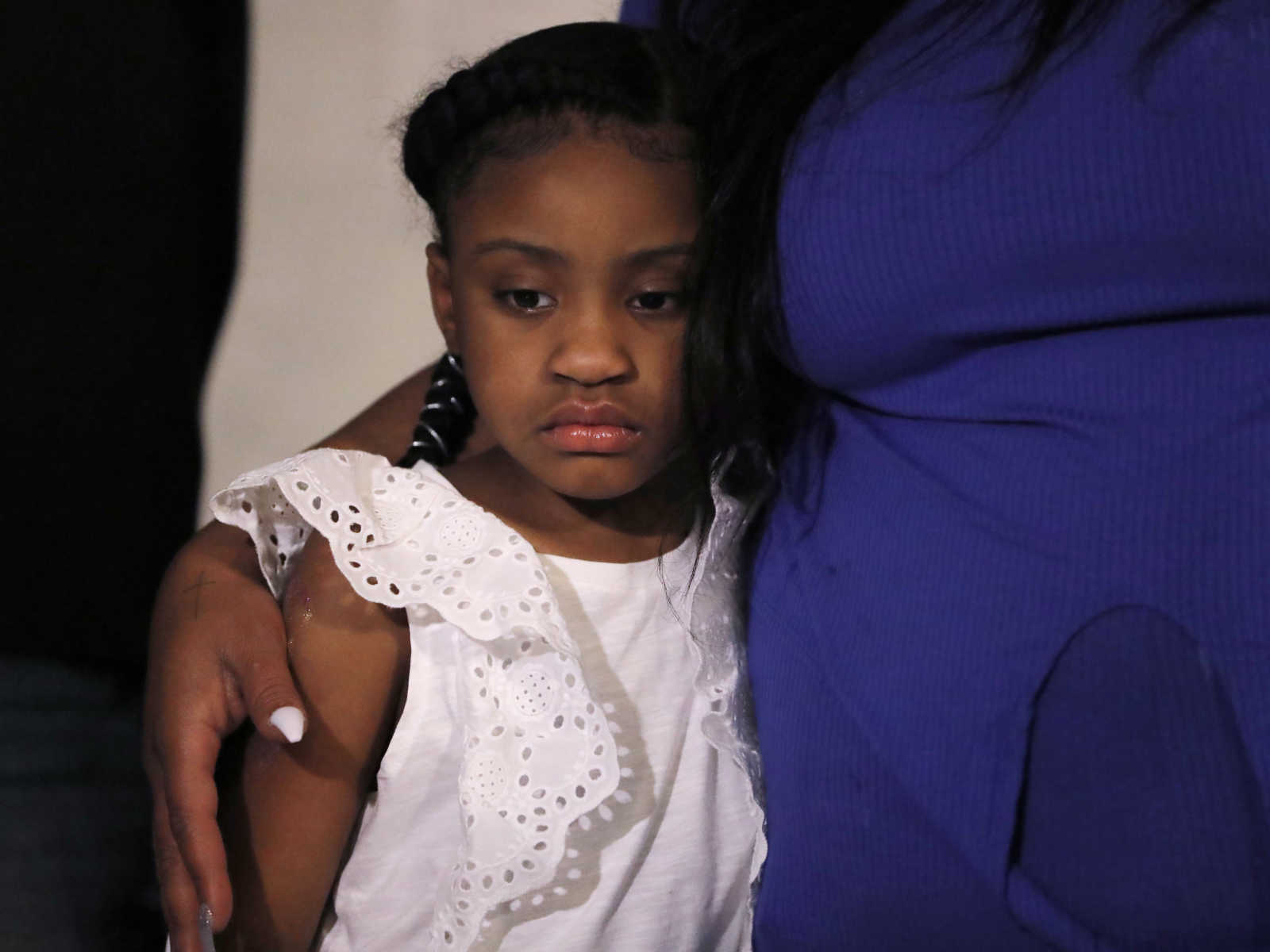 ‘Daddy changed the world’: Heartbroken mom explains to George Floyd’s 6-year-old daughter why she saw her father ‘on TV’

The 6-year-old daughter of George Floyd, a man reportedly killed by a Minneapolis police officer last month, didn’t know her dad died, but she knew something was wrong when she kept seeing him on television.

Roxie Washington said her former boyfriend, Floyd, who is originally from Texas, moved to Minneapolis in 2014 to for a better life. He ended up staying after finding work and was still there when he died on May 25. Washington stayed in Texas with their daughter, Gianna, but she said Floyd was still very much a part of his daughter’s life and checked in often.

“I want justice for him because he was good, no matter what anybody thinks,” Roxie Washington told reporters at a Minneapolis press conference on Tuesday.

Washington said when Gianna saw her father on television, she asked why her dad on the news channels; Washington was heartbroken when told her daughter what happened, according to CBS This Morning.

“He used to carry me on his back all the time,” Gianna said. “It was super fun.”

Washington hopes that change and justice will happen after Floyd died while now-former Minneapolis cop Derek Chauvin held his knee on Floyd’s neck for eight minutes. Floyd was lying on the ground with his hands cuffed behind his back when it happened. He cried out numerous times that he could not breathe.

The incident was caught on someone’s phone camera in Minneapolis as onlookers crowded around Chauvin and pleaded with him to stop.

“He would never see her grow up, graduate … he would never walk her down the aisle,” Washington told CNN. “If there’s a problem that she’s having, she doesn’t have her dad anymore.”

That’s right GiGi “Daddy changed the world” 😢😢😢😢😢 George Floyd the name of change. #justiceforgeorgefloyd #ivehadenough Love to all who have love for all ✊🏿✊🏻✊🏾✊🏼✊🏽✊

As CrimeOnline previously reported, Chauvin was subsequently arrested and charged with third-degree murder and second-degree manslaughter.

So far, Chauvin is the only one who’s been criminally charged in connection with Floyd’s death, although three other officers were present as he died. Attorney Benjamin Crump told the “Today” show Tuesday that the other Minneapolis officers who arrested Floyd will face criminal charges.

The three other officers have been identified as Thomas Lane, J. Alexander Kueng, and Tou Thao.

All four officers were fired in connection with the deadly arrest. Officials have not confirmed or denied claims made by Crump during Tuesday’s television appearance.

“I want everybody to know that this is what those officers took,” Washington added. “At the end of the day, they get to go home and be with their families.”