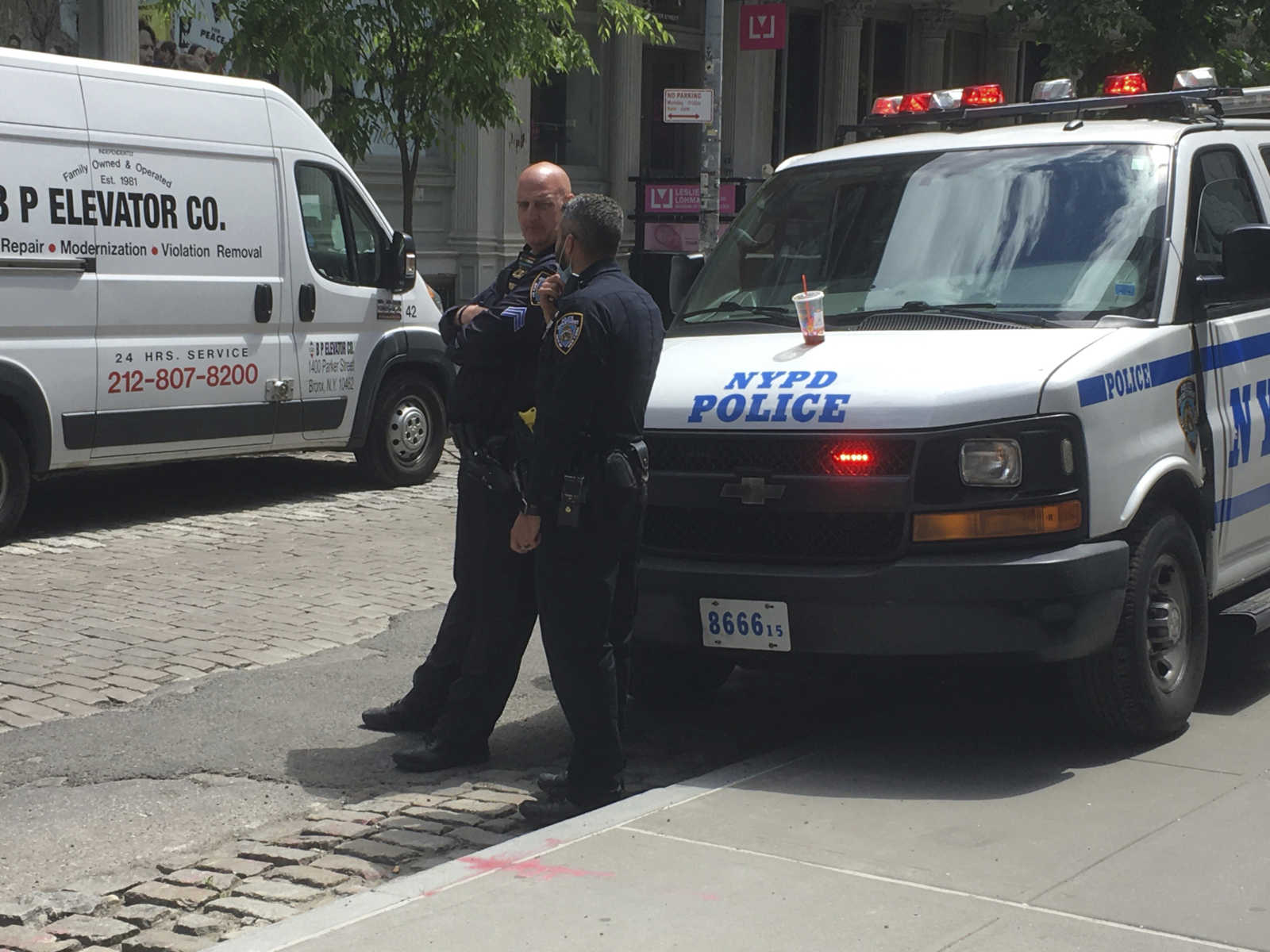 Two police officers shot, a third stabbed in the neck during confrontation in Brooklyn

A NYPD officer was stabbed and two were subsequently shot during a confrontation in Brooklyn Wednesday night.

According to the New York Post, the violent scene took place shortly before midnight on Wednesday, when a suspect approached an officer near the intersection of Flatbush and Church Avenue, stabbing him in the neck.

Officers at the scene responded, and one pulled a firearm, according to the report. The suspect then reached for the officer’s firearm, and it discharged, hitting one officer in the hand and another in the arm.

An NYPD sergeant then reportedly shot the suspect, who is now in critical condition.

The injured officers were taken to a nearby hospital and are expected to recover.

There have been numerous protests throughout New York City in the days following the police-involved killing of George Floyd in Minneapolis, but marching protesters Wednesday night were not near the scene at the time of the incident.

“It appears to be a complete cowardly, despicable, unprovoked attack on a defenseless police officer,” NYPD Commissioner Dermot Shea said at a press conference, according to the New York Post.

“I think we are all fed up with, what we’re saying is this violence has to stop.”