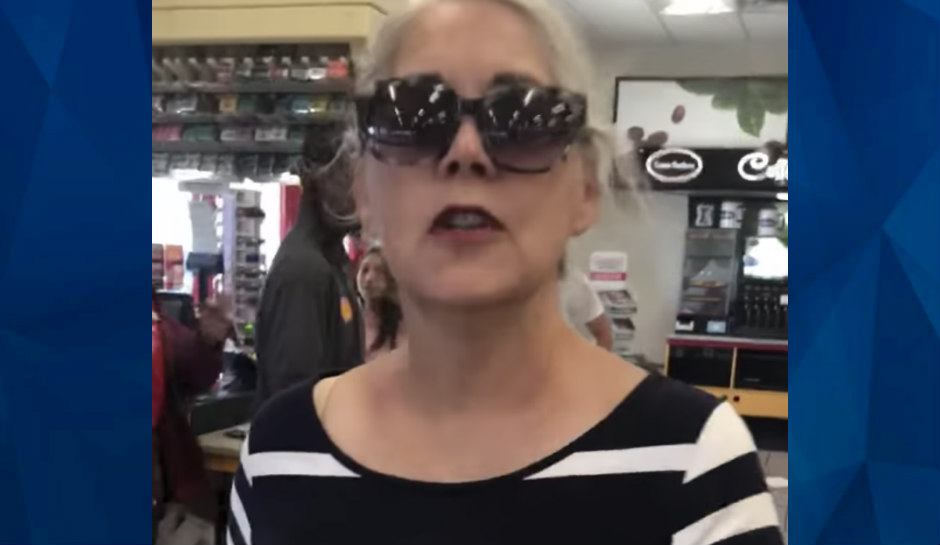 SEE IT: Arizona ‘Karen’ slapped across face after allegedly grabbing store customer, telling her ‘go back to your country’ [Report]

An Arizona woman dubbed “Karen” was apparently slapped after she grabbed a younger woman, following an exchange of insults.

FOX 10 reports that the incident happened Saturday at a Phoenix-area gas station when an unidentified middle-aged white woman and a younger unidentified woman began arguing inside the store. The older woman walked in the store for help after having problems with the gas pump outside, then reportedly became agitated at the long line.

A small scuffle ensued and the older woman ended up with a slap across the face.

Racism is alive and well, this just happened at the shell gas station in Phoenix, Greenway and 7th st. ****please share, let’s make her racism known ***. ABC15 Arizona ABC News NBC News Fox News #racism #ignorance Backstory: I was checking out and this lady comes into the store all flustered yelling at the clerk to get another clerk to help because the line was getting long and her pump wasn’t working. Another clerk came out and she said to the young lady in the video, she can go checkout in an authoritative manner. The young lady said “thank you but I don’t need your assistance”. She was clearly annoyed with the lady like everyone else in the store. At this time the lady told the clerk not to serve her, told her she can leave, and go back to her country. That’s when I took out my phone, and the rest is here in the video.

Greg Conn, who was inside the store and recorded the incident, confronted the older woman about alleged racist remarks. She immediately demanded that he leave the store.

“She was saying that she owned the place, that she was a manager there, but I have spoken with the CEO of Super Pumper — he’s saying that is not the case. She is not affiliated with any of the stores nationwide,” Conn told FOX 10.

TMZ reached out to the convenience store owners for comment and confirmed that the older woman is not employed there. She’s also not welcome in the store anymore, according to the outlet.

The older woman has been given the infamous nickname “Karen,” used to describe someone, typically a middle-aged white woman, who thinks she can “can get whatever she wants,” according to CNN. Those dubbed “Karen” will throw a tantrum when things do not go her way.

The nickname started out as a meme and has quickly spread, sparking up Facebook groups dedicated to the “Karens” of the world. The names “Becky” and “Susan” are said in a similar fashion.

The real identities of both women are unknown. No arrests or charges have been made.