Roll in on the souls of men,

But who will reveal to our waking ken

The forms that swim and the shapes that creep

Under the waters of sleep?

On the length and the breadth of the marvellous marshes of Glynn.

Nancy Grace and I have spent decades going to the Golden Isles for the PAC Conference in Georgia. We have both received some of the best training in our careers on Jekyll Island. She and I both love it here and have nothing but love and fond memories of our time here. Nancy Grace knows better than most prosecutors that going to the crime scene should be a basic procedure.

If you don’t understand the area, people, places, and scene how can you explain it to a jury? Karyn Greer, with CBS46 Atlanta and my partner of CSI Atlanta, did not let this crime go unnoticed.

Even during quarantine, Karyn insisted we do Facebook Live segments to keep people aware of the actions taken and not taken in this case. She is a hell of a reporter but a better advocate for justice. I knew I had to go to the crime scene.

“It’s still hard for me to believe that if there had been no video, the McMichaels would have never been charged with Ahmaud Arbery’s murder,” Karyn said. “Sheryl taught me it’s crucial to walk the scene of a crime and knock on doors and uncover the facts.”

“We are now learning not only were the three men charged in his murder engaged in an elaborate chase, but [one allegedly] hit Arbery with a truck as he tried to escape them.”

I knew, like Nancy Grace, nothing takes the place of walking a scene, absorbing facts, and understanding the totality of the entire area.

As I crossed the Sidney Lanier Bridge over the Brunswick River, the view was as stunning as ever. The wide beautiful river is flanked by the most unique ecological system in the world: the Golden Marshes of Glynn.

It’s hard to imagine among this perfection there is malicious harm toward anything or anyone. Since I was a child, these islands have been a place of wonder and pure delight. My father would drive us along the dark back roads on Jekyll Island as our mother told stories of pirates and buried treasures. 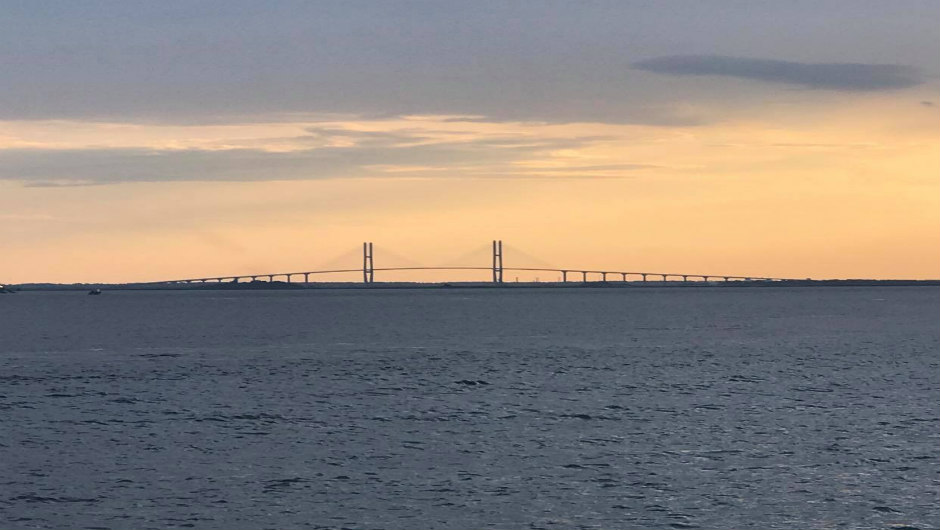 I hunted gold on the beaches as well as sharks’ teeth. During the day we would play on the beaches then have lunch over in the village at the Millionaires playground. The homes of the Vanderbilts, Goodyears, Morgans, and Rockefellers were our backdrop.

My sister, Sharon, who became a teacher (like our mother) took her students for years to this island to show them the birthplace of the Federal Reserve and the transcontinental telephone call. She allowed them to walk out into the marsh, where they could see, touch, and smell the wonder of this magical system.

Sharon, along with myself and my children, Huck and Caroline, hold a historical distinction for this area. We spotted the bobcat on Jekyll. We went on the dark backroads and talked about Blackbeard, and then, there he was.

On this day, however, these events are just memories. I’m here to work a crime scene, a scene that does not make sense to me from the short video I and the rest of the world have seen.

The video shows a young man jogging and a cadence of a jog. He is not running. It does not appear he is trying to escape or to get away. He was simply jogging down the left side of the road. Seconds later this young man is shot dead in the street. I had to go there to try and add pieces to this puzzle.

Highway 17, past the entrance to Jekyll Island, is vast and open. You can see the estuaries connected by tidal creeks to the marshes. At the entrance of the subdivision of Satilla Shores, you can look up and down the highway and see no other neighborhoods or businesses.

There is only one open road except for another road directly across the street. There is no signage across the street, just a road. My first thought as I drove up to the neighborhood is, “where did Ahmaud come from?”

He must have come from the road across the street. I drove onto this road first. It’s a long, winding road with numerous homes and additional roads with more homes. This was Fancy Bluff Road.

After a short traverse through this community, I turned around and went into Satilla Shores the way I believe Ahmaud must have traveled. 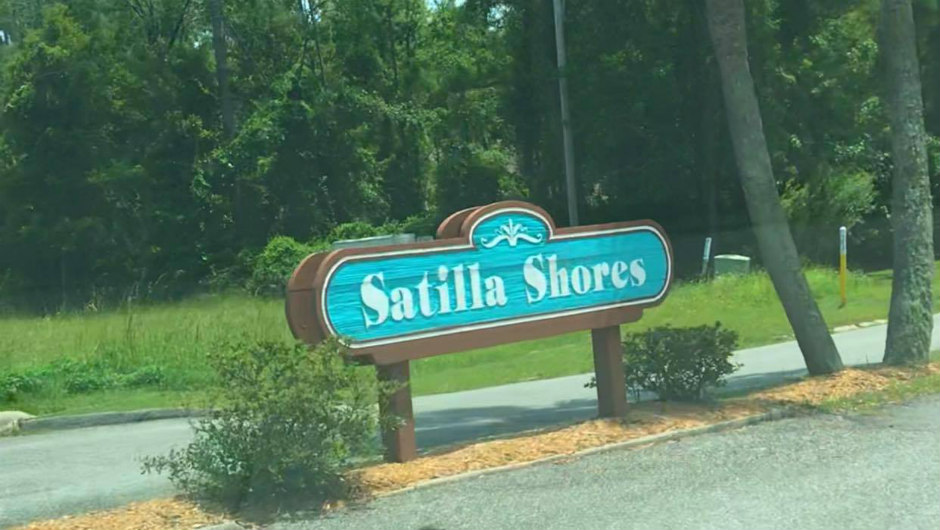 Once inside this neighborhood, I saw people cutting their grass, checking their mailbox, and then a sign on the left side of the road that read, “I run with Ahmaud.”

A little further down on my right I see the home that is still under construction that Ahmaud was seen walking into and looking around. 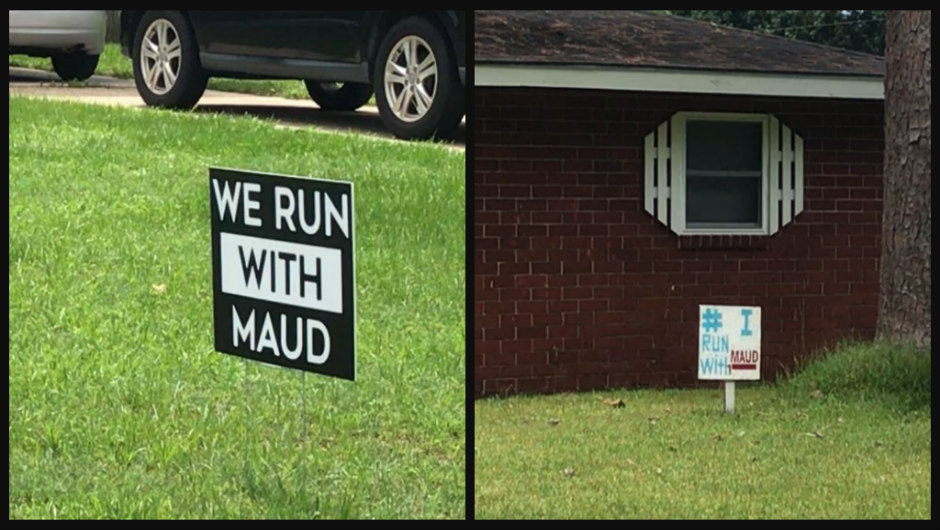 The Murder on February 23

At 1:08 p.m. on February 23, a neighbor, Mr. Albanez, called 911 to report someone in the house under construction. The home at 220 Satilla Drive is a waterfront property. It backs up to the Little Satilla River and waterways that make their way to the Atlantic Ocean. That means to me Ahmaud only had one direction to run in to escape.

Going to his right would have led Ahmaud to water with no escape route. I continue to drive straight on Satilla Shores Drive. I also took note that most of the homes on the left side of the street had gates or fences up.

Again, Ahmaud would have had few options for escape. I know from news reports that Ahmaud was killed at the corner of Satilla Shores Drive and Holmes Road. The scene is already offering me more sinister questions and realizations than I had before I arrived.

If Ahmaud was supposedly stealing from the constructed home, why would he leave and run deeper into this neighborhood? Why would he not just bolt out running left out of the neighborhood back across Highway 17 toward his home?

Who makes a plan to steal on a Sunday at 1 p.m., after the church folks are home and most employed people are off from work (meaning most homes will have someone in it to see you)? 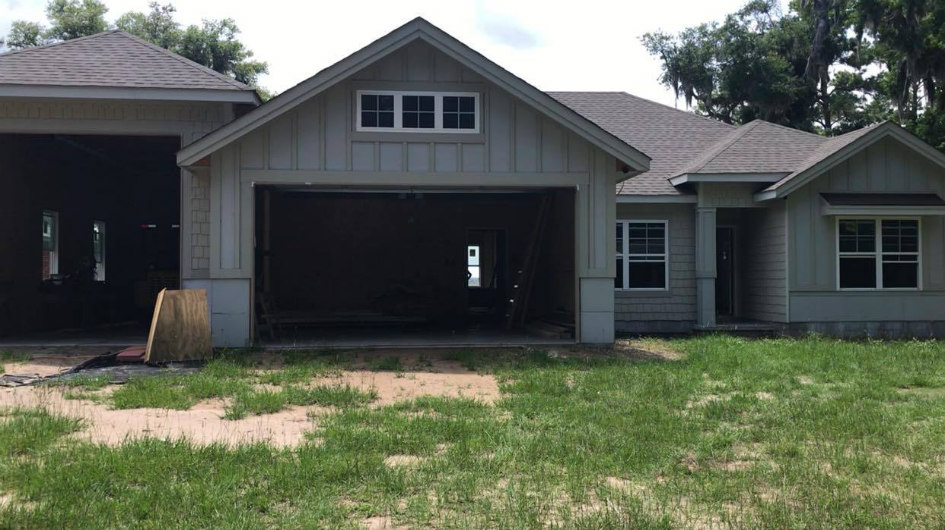 Right off the bat, this appeared to have been a young man out exercising. He was jogging, not running, and it’s broad daylight with numerous people at home. It has nothing to do with a burglary.

I know that Gregory McMichael called 911 at 1:14 p.m. But, he sees Ahmaud at approximately 1:10 p.m. on the road. He does not call 911 to report a suspicious person in the neighborhood as his neighbor did. Instead, he enters his own home and grabs a Smith & Wesson 686 .357  Magnum handgun.

McMichael then tells his son he saw the guy that’s been burglarizing the neighborhood. Travis McMichael then grabs a Remington 870 pump 12-gauge shotgun. They both make the decision to get into Travis’s truck, armed, and follow Ahmaud. Travis does not call 911.

What threat is Ahmaud to the McMichaels? What crime did they witness from five houses away on this date?

I get to Holmes Road fairly quickly.

“How fast do you think you could run back to that home under construction?” I asked my son, Huck.

He says if jogging, it would take a little less than two minutes.

What was Ahmaud doing for the other two minutes?  It became tragically apparent that Ahmaud did not jog straight to the intersection of Satilla and Holmes Road where he was shot. He had to have run farther and longer before he was shot.

“Mom, he was not cutting through yards, jumping over fences or running at full speed, he was jogging until he had to fight for his life!” Huck added.

That means that he was blocked at least twice by two armed men.

With a sickening feeling building about the facts of this case, I continued down Satilla Drive until it turns into Burford. On Burford is where the third suspect, William “Roddie” Bryan, joined the chase. He grabbed his cell phone and car key and joined the McMichaels in chasing Ahmaud.

I continued on Burford until it became Zellwood. At Zellwood, I could turn left onto Holmes Road or continue on, and it would again join Satilla Drive near the front where Ahmaud had entered.

I turn onto Holmes knowing this is where the shooting took place. At the end of Holmes Road where it meets Satilla, there is a small mound of flowers that lay in memorial for Ahmaud Arbery.

There are people out working in their yards, cutting grass, and checking their mailboxes. There are also American flags, political signs, and “No Trespassing” signs here and there. There are basketball goals, bikes, and a few boats and campers.

This looks like a typical American neighborhood. The house under construction has a sign making it clear they are not related to the men arrested for the murder of Ahmaud Arbery.

At this spot, we pause as a family in our car and seat quietly for a moment. I’m not a Crime Scene Investigator right now, I’m a momma trying to understand how this senseless act occurred. I will tell you right now no matter how old my son gets I would never tell him to grab a gun and say “come on” let’s chase someone. I would never willingly put my son in a dangerous or risky situation. 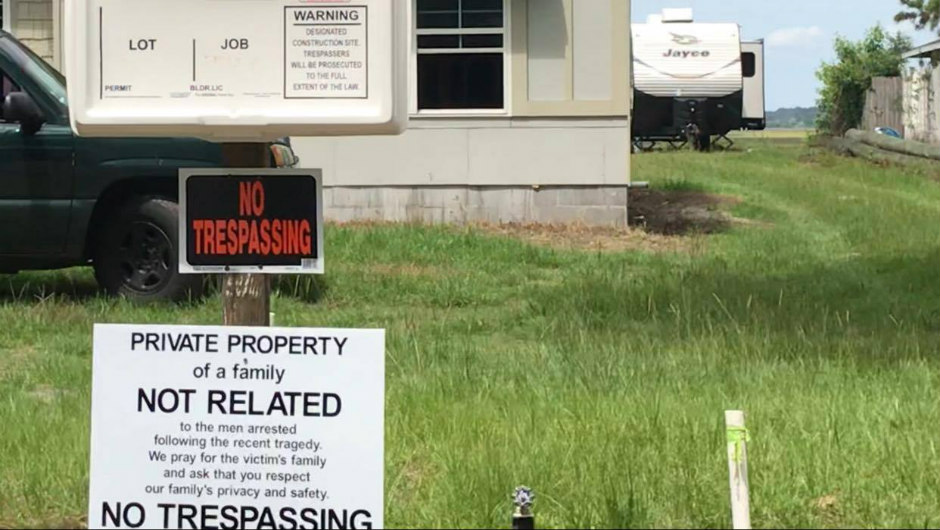 My daughter, Caroline, said as we sat there, “They hunted him. They weren’t trying to get the police involved because they did not call the police for four minutes.”

“They grabbed guns, not phones!”

At most, Ahmaud Arbery committed criminal trespassing.  There was nothing found on him that belonged to the homeowner or construction workers. There was no weapon found on Ahmaud. The three men involved in this murder did not see Ahmaud inside the structure on February 23, 2020.

The suspects NEVER saw Ahmaud inside the structure at 220 Satilla Drive the day they chased him, blocked him, and ultimately shot him. Let that fact alone sink in a minute.

Ahmaud tried numerous times to exit the community. He took different streets in order to locate an exit. There are only five streets in Satilla Shores, but they all make loops, so you end up back at your original entrance.

If you drive the scene, take the path the victim took. Mark the time he started running away from the construction site and mark the time he is shot. It seems like an eternity. If you get out of your car and see the river, you realize half of the area offers zero escape on foot. You are left with the realization as to way Ahmaud continued to run in the street.

Now read the letter written by District Attorney George E. Barnhill outlying the “conclusion there is insufficient probable cause to issue arrest warrants.” At best, it’s fiction.  At worst it is a criminal attempt to cover up the murder of Ahmaud Arbery.

DA Barnhill Letter RE Ahmau… by Leigh Egan on Scribd

This poem reads so differently to me now.

Somehow my soul seems suddenly free
From the weighing of fate and the sad
discussion of sin,
By the length and the breadth and the sweep
of the marshes of Glynn…