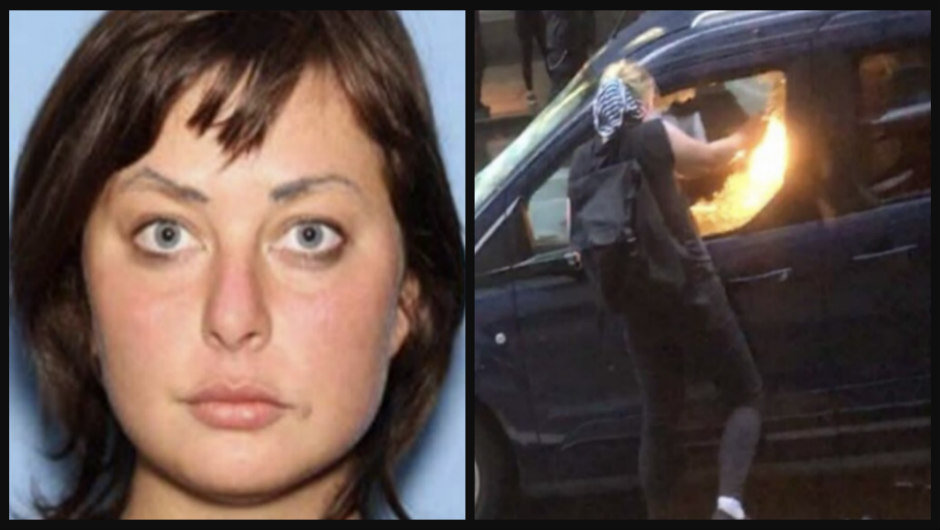 A Washington woman is facing federal charges after she allegedly set fire to five police vehicles at a Seattle riot last month, during a mass gathering to protest the death of George Floyd.

According to court documents from the Department of Justice U.S. Attorney’s Office in the Western District of Washington, Margaret Aislinn Channon was caught on camera torching police cruisers in the area of Sixth Avenue and Pine Street in downtown Seattle.

“This defendant was captured by multiple cameras using an accelerant, lit like a blowtorch, to start fires in five vehicles — putting the public at risk and creating the very real possibility of a structure fire amidst the throng of people protesting downtown,” attorney Brian Moran said.

The FBI, the Seattle Police Department, and the Bureau of Alcohol, Tobacco and Firearms obtained several security videos that showed Channon allegedly using accelerants while torching the cars on May 29 and May 30.

According to the Department of Justice, Channon wore a mask during the alleged incident. Investigators determined her identity from tattoos on her fingers and knuckles, that were pieced together after viewing still images from security footage. They also matched her description via clothing worn and her eyebrows through a facial profile.

“Some of the photos and videos, the female suspect was wearing a black hooded sweatshirt with a zippered front, and in others she had a light colored striped garment wrapped around herwaist. As described below, investigators have subsequently identified this female suspectas the defendant, Margaret Aislinn Channon.”

When investigators searched the suspect’s home they found the clothing worn on the days in question; they also matched the tattoos on her fingers.

Channon has been charged with federal arson. If convicted, she could face up to 10 years in prison. She’s expected to appear in court on Friday.