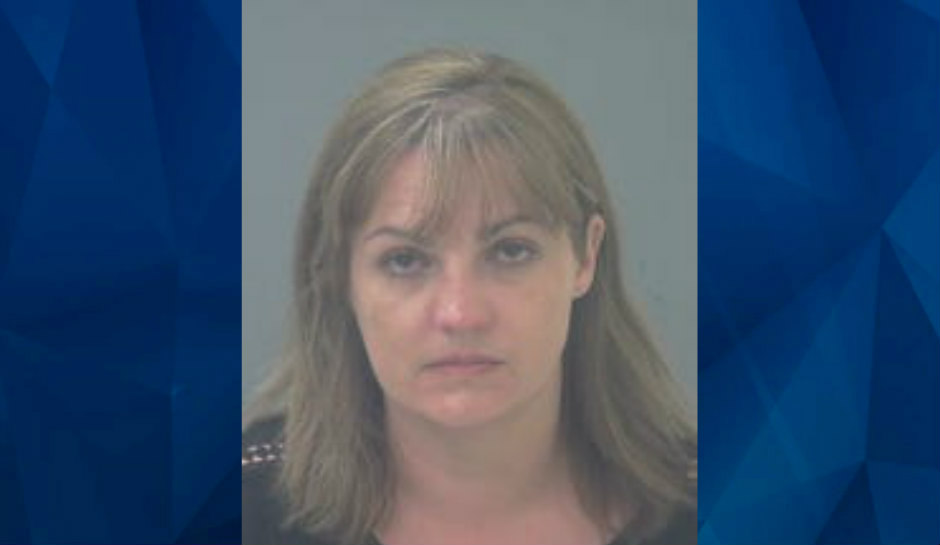 Married teacher lures high school boy into classroom for sex. He tells police he thought she would ‘fail him’ for not having feelings for her: Police

A Florida woman is facing charges after a high school football player reported an alleged sexual encounter with her.

Pensacola News Journal reports that 37-year-old Meghan Mary Rodriguez was arrested last week and charged with sexual assault. According to police, she is accused of having sex with a student at Navarre High School in Navarre last year, inside her classroom.

The student reportedly told police that he had been exchanging platonic text messages with the teacher throughout the summer, which ultimately turned flirtatious. While at summer football training, Rodriquez took the teen to her classroom where they had intercourse one time, according to his statement to investigators.

In March 2020, months after the alleged incident, the student, who said he had no interest in pursuing anything further with Rodriguez, told his parents about the encounter. He claimed he was afraid Rodriquez would fail him in class if he didn’t continue a relationship with her.

During an interview with investigators, the student explained that Rodriquez showed favoritism to him over other students, and was trying to get too involved in his life. He said he became worried after Rodriquez told him during a school field trip to Orlando that another teacher didn’t like him.

Rodriquez purportedly added that the other teacher was suspicious about what had happened over the summer because the teacher knew the student had hurt Rodriquez.

Later, when the class arrived back to a hotel they were staying in, Rodriquez asked the student if he was mad at her. She then “cleared out six people from a hotel room,” South Santa Rose News reports, and allegedly pressed him on his feelings for her.

The student said he didn’t have feelings for her. Rodriquez then reportedly asked the boy if he thought “she was a slut.”

Investigators confronted the teacher at the high school on March 4. She initially declined to speak without her attorney but changed her mind as the investigators were leaving. The principal called them back into the school and the suspect asked them “what was going to happen next.”

“I explained to her I still had an investigation to conduct and at the conclusion of my investigation she could have a warrant for her arrest. She then asked me what the less extreme outcome could be,” the officer wrote.

“I told her the less extreme is nothing happens. Meghan then asked me if there was a middle ground.”

The suspect’s husband reportedly told police he saw texts between his wife and the student that he felt were inappropriate. In one text, according to the husband, the student called Rodriquez a “cute teacher.”

Rodriquez denied the encounter with a school administrator. She allegedly admitted she kissed the student but said nothing further happened.

On May 28, Rodriquez resigned from her teaching position. On Friday, authorities arrested her.

According to online jail records, Rodriquez is being held without bond. Check back for updates.