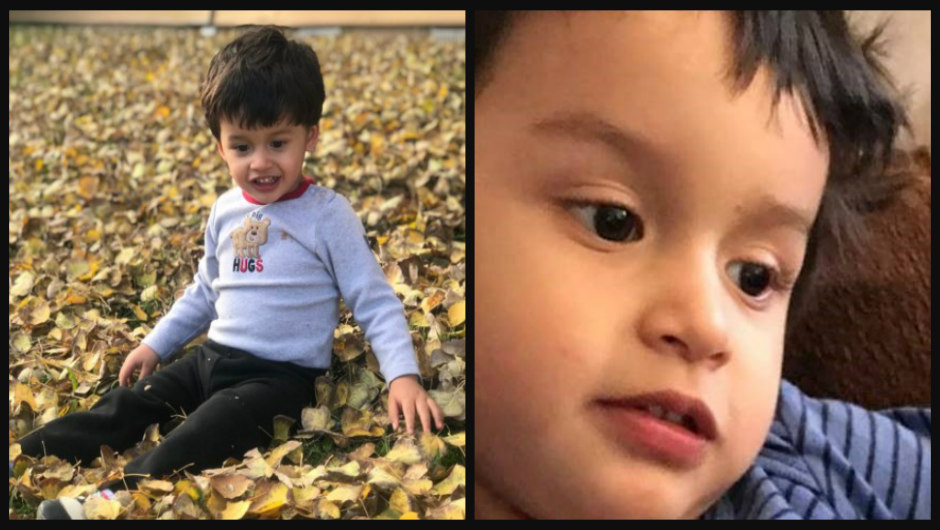 CrimeOnline spoke exclusively Jackie Rodriquez, the sister of missing 3-year-old Colorado boy, Castro Rivas. Rodriquez cleared up discrepancies regarding how and when her brother disappeared.

According to Rodriquez, Sebastian left home from their first-floor apartment in Eagle, Colorado, at the Eagle Villas Apartment complex.

Previous local reports indicated that the boy jumped from a balcony at the apartment complex, but Rodriquez explained it was actually a deck and a fenced area his father had built for him.

“We live in the first floor, there’s a built-in fence my dad made for him for him not to get out,” Rodriquez said. “There’s a satélite dish that he uses for leverage so he can climb out and run for the park that’s next to us.”

“He had a cellphone bc my mom hands it to distract him while she goes outside & my dad watches him inside. They had just gotten home from a walk & hence why she left him with my dad.”

Officials are still looking for 3-year-old Sebastian Castro Rivas, who disappeared from his Colorado home nearly three weeks ago.

As CrimeOnline previously reported, Sebastian vanished from the Eagle Villas apartment complex on June 5 at around 9:20 p.m. He was last seen wearing jeans, a red shirt, and red shoes. He has brown eyes and brown hair.

Sebastian’s father, Manuel Rodriguez, spoke to Univision earlier this month, according to Fox 31, and claimed Sebastian may have jumped from an apartment deck.

Rodriguez said that at one point, Sebastian was alone at the apartment after returning home with his mother.

“He never goes to the balcony when it’s night time, but he did and must have jumped,” Rodriquez said.

Much of the search focus has been at the Eagle River, which lies a short distance from the boy’s home. Over 500 volunteers and more than 31 public agencies have been searching for the toddler, according to Fox Denver.

Searchers found a cellphone Sebastian listens to music on by the river, along with a shoe that the family confirmed belongs to Sebastian.

“The phone he was carrying when he went missing was found today in the river below the apartment complex,” the Eagle County PIO wrote on Facebook. “Despite exhaustive efforts by both first responders and volunteers, we have been unable to find any other additional clues.”

CBS Denver reports that Sebastian is not comfortable around adults he doesn’t know. No one should shout his name out. Instead, he responds to animal noises and children’s songs. He’s also a heavy sleeper who likes to sleep in small, confined areas.

Rodriquez, who reportedly feels that Sebastian is still alive, pleaded for his safe return.

“If someone has him, if someone took him, I assure you there will be no charges, nothing,” Rodriquez said.

Anyone with any information on Sebastian’s whereabouts should contact the Eagle police at (970) 445-4911 or email at eaglecountypio@gmail.com.