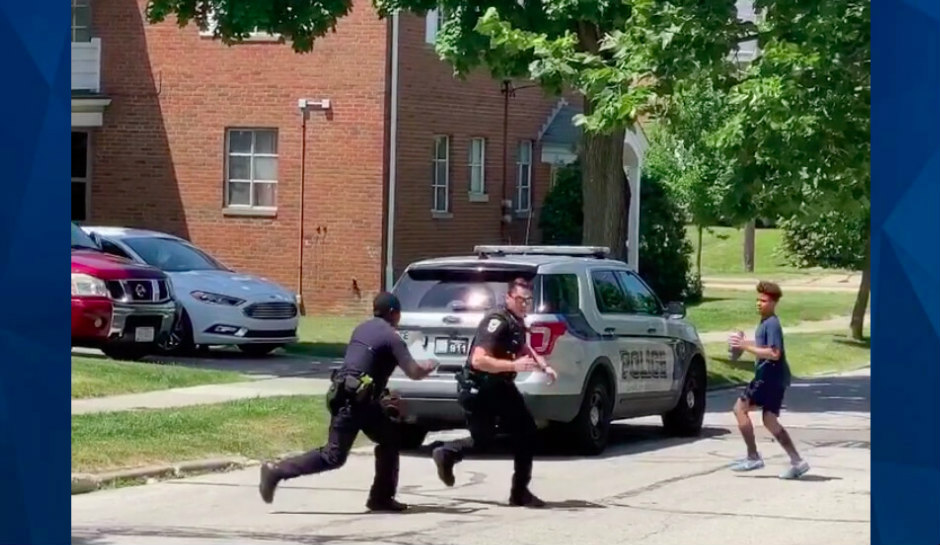 Three Ohio police officers were called to the Shaker Heights area on Juneteenth about children playing football in the street. Instead of punishing the children, the responding officers joined in on a quick game.

“I don’t know the cop’s name, but he came to me and said, ‘I don’t know who would do it, but someone called police on the kids, they said they were playing in the street so we came by.’ And he said, ‘We used to play in the street as kids.’” mother Wendy Brown told Fox 40.

Brown then pulled out her cellphone and captured the playful officers tossing the football with the children and running around.

“If we didn’t have the three gentlemen that came over to check on them, it could’ve gone way worse,” Brown added.

A #Karen called the police on my kids for playing football in the street. The #shakerpolicedepartment pulled up and joined in on the game. Thank you for letting the kids be kids! @clevelandnews216 @theshaderoom @balleralert @espn @bleacherreport @fox8newscleveland #shakerheights #cleveland @z1079 #juneteenth @d1savage_sports

No one was arrested during the incident and no citations were handed out. Instead, the officers had fun with the children and “let kids be kids.”