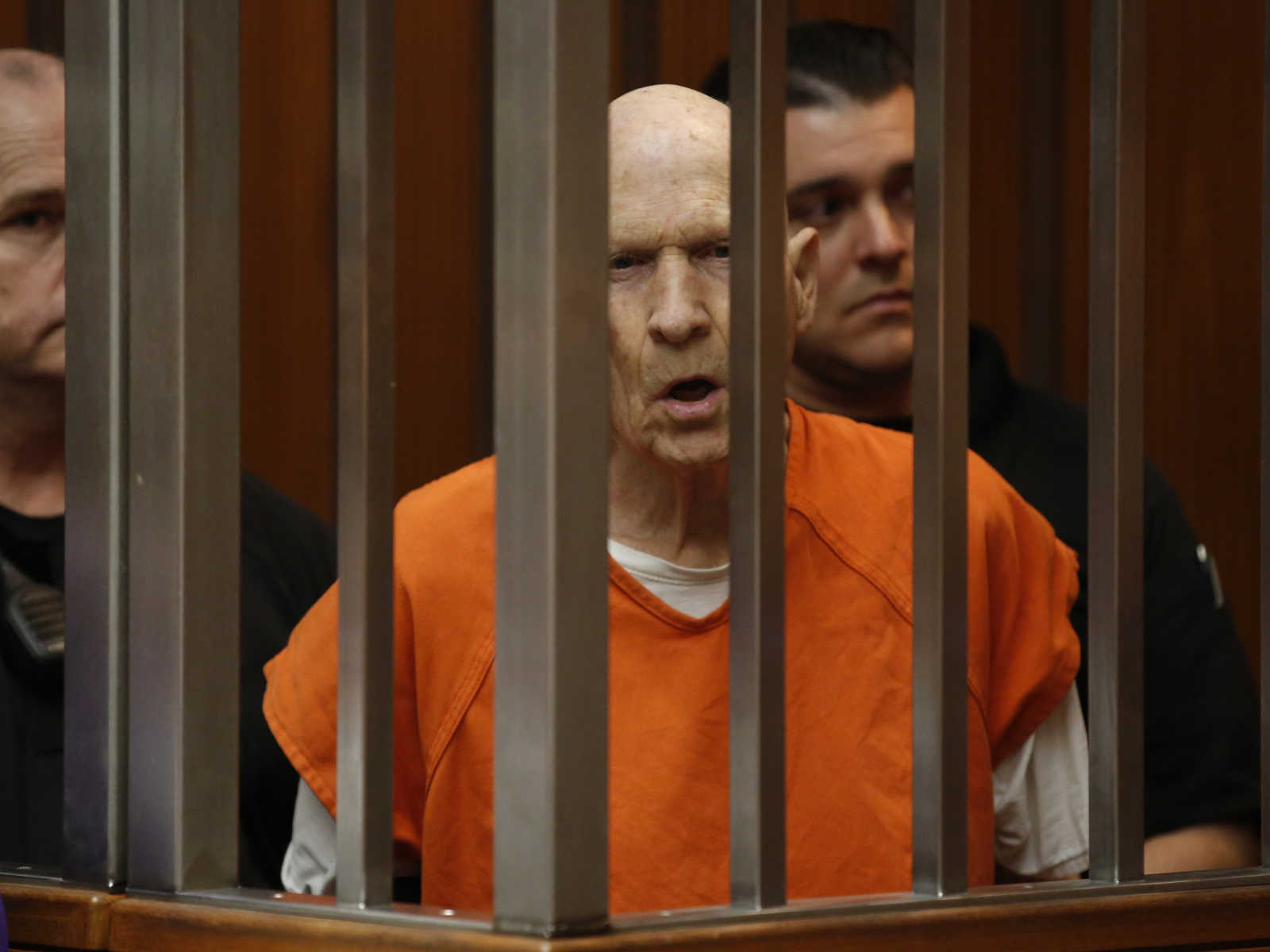 The former police officer suspected of being the Golden State Killer — also known as the East Area Rapist — is expected to plead guilty today to more than a dozen murders and a dozen kidnappings that took place decades ago.

The Los Angeles Times reports that Joseph James DeAngelo Jr. will enter his plea Monday from a ballroom stage at Cal State Sacramento, where his face will be projected onto the walls.

As the report notes, DeAngelo, 74, is suspected in dozens more crimes, including rapes and kidnappings for which he was not charged due to statues of limitations having expired. During the crime spree that terrorized California residents from Cal State Sacramento 1973 to 1986, thirteen people were killed and 50 women were raped, mostly inside their own homes.

Investigators did not name DeAngelo a suspect until 2018, after DNA samples tied him to crime scenes.

As CrimeOnline previously reported, DeAngelo’s guilty plea means that he will be spared the death penalty.