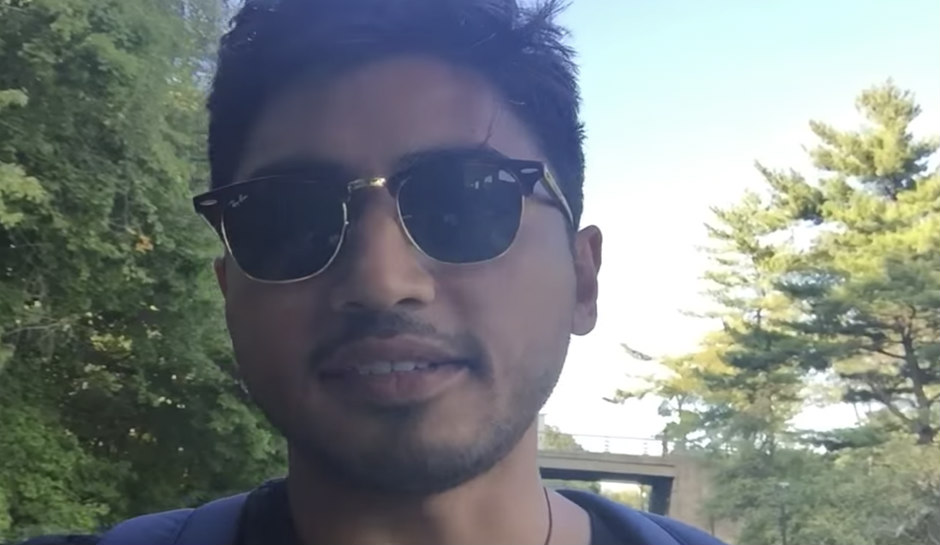 Tech CEO was in a ‘bad business deal’ when killer in ninja outfit dismembered him in a ‘financially-motived’ gruesome murder: Reports

A New York tech guru found chopped up inside a luxury Manhattan condo was apparently embroiled in a bad business deal prior to his death, according to police.

As CrimeOnline previously reported, 33-year-old Fahim Saleh was found lifeless inside his high-end Manhattan condo off of East Houston Street on Tuesday afternoon. Authorities answered a call about the incident a little after 3 p.m. and arrived to find someone had cut off the victim’s head, arms, and legs.

Police found several large trash bags inside the apartment and an electric saw sitting by the victim’s torso. It was still plugged into an outlet when authorities arrived at the grisly scene.

The suspected killer sat in the condo lobby a day before Saleh’s death, waiting for him to arrive. Security footage captured the suspect wearing a black hood, gloves, and mask while following Saleh as he got into an elevator inside the lobby.

“He was dressed like a ninja, full out, so you can’t even see his face,” a police source told the New York Daily News.

“He clearly knew what he was doing. We think his intent was to get rid of the body parts and go back and clean it up and make it look like nothing happened. He left before he finished the job.”

As Saleh reached his apartment on the seventh floor, an altercation broke out. When the elevator door closed, it blocked the camera’s view.

Investigators think Saleh’s sister may have alerted the killer when she buzzed the condo’s ringer from the lobby. As she rode the elevator up to the seventh floor, the killer fled through a back staircase, according to police.

“We have a torso, a head that’s been removed, arms, and legs. Everything is still on the scene. We don’t have a motive,” NYPD spokesman Sgt. Carlos Nieves said.

Saleh was the founder of the popular app “Prank Dial,” and the CEO of the motorcycle taxi company and app, Godaka.

The New York Post reports that months before his death, Saleh posted a video defending Gokada after Nigerian officials banned the company’s motorcycle taxis in Lagos. Saleh apparently did business in both the U.S. and Nigeria. The company launched a package delivery service in Lagos less than a month after the official ban kicked into place.

Saleh had raised a little over $5 million in venture capital for the Godoka app last year, but when Lagos enforced the ban on Gorkada, the business faced mass layoffs.

Meanwhile, the former deputy director of Hudson County Correctional Facility, Kirk Eady, was sent to prison in 2015 for “illegally wiretapping” employees who complained about his job performance. Eady had a lawsuit against Selah at this time of his death, which accused Selah or giving misleading information about the app’s legalities.

A police source told the New York Daily News that a “business deal gone bad” could possibly be the motive for the gruesome murder.

So far, no suspects have been named. Check back for updates.