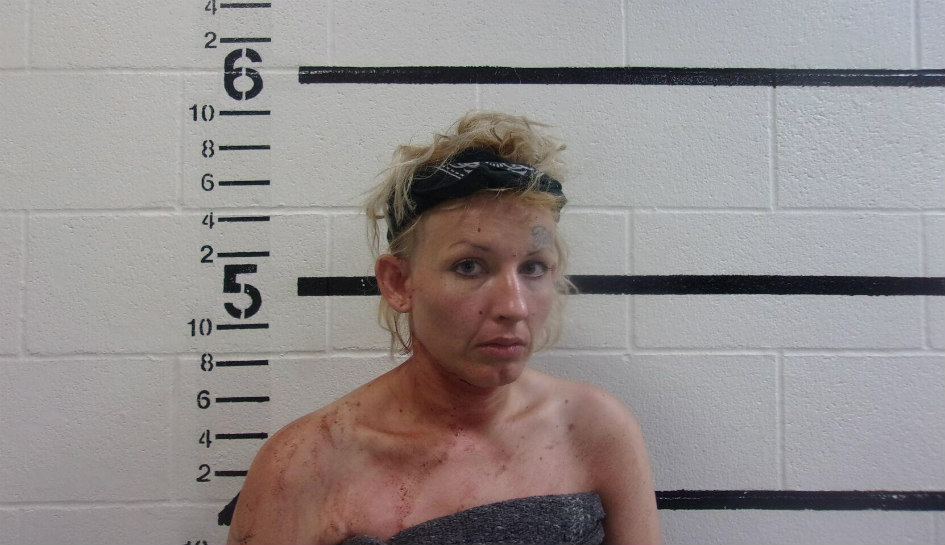 Woman tries chop off fiancé’s head, says she wanted to ‘take all his property’ after she killed him: Police

An Oklahoma woman is behind bars after she reportedly tried to cut off of a man’s head in their McAlester home.

McAlester News-Capital reports that Crystal Haworth, 30, showed up to the Pittsburg County Sheriff’s Office “covered in blood” on Wednesday and admitted “numerous” times that she tried to cut off 57-year-old Leonard Brokeshoulder’s head during an argument inside their home.

“She told them it was not her blood on her,” McAlester Police Lt. Preston Rodgers told the outlet.

Investigators went to a residence off of G Street and Polk Avenue, where they found the victim unconscious with numerous stab wounds across his body and a cut across his neck “which nearly decapitated him,” according to a sworn affidavit.

He was later pronounced dead by medics from the McAlester Fire Department.

Haworth allegedly admitted to investigators that she had been engaged to Brokeshoulder for a few months and planned to “kill him and take all of his property.”

On Thursday, Haworth was charged with first-degree murder. Her bond has been set at $1 million.

“Lenny was loved by his family and he will be forever missed,” the victim’s family member said in a statement. “We are heartbroken and shocked by the event that has transpired. We expect that this woman be prosecuted to the fullest extent of the law. Our lives will forever be changed by this horrific crime.”