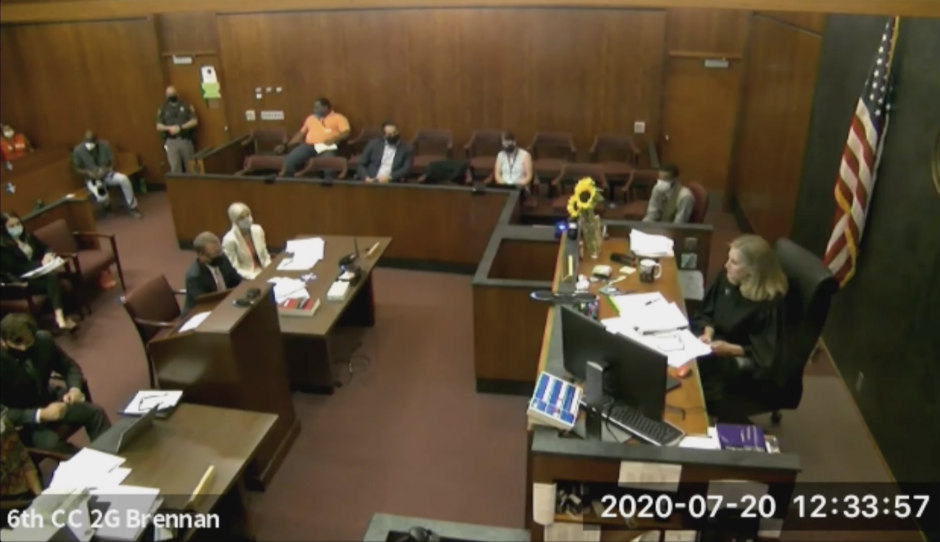 Judge says teen girl arrested after not doing online schoolwork is a ‘threat to mother,’ will stay in juvenile facility: Report

A Michigan judge who ordered a 15-year-old to a juvenile detention facility for not doing online homework decided Monday that the teen will stay there for now.

The Detroit News reports that Judge Mary Ellen Brennan of Oakland Circuit Court said during a Monday hearing that the teen, identified only as Grace, is a threat to her mother and should complete the treatment plan she’s currently undergoing at the Oakland County Children’s Village before returning home.

“I miss my mom,” Grace told the judge. “I can control myself. I can be obedient.”

Brennan ultimately decided that Grace would be better off being separated from her mother for now, and referred to her detainment as a “treatment program” rather than a juvenile jail.

According to its official site, the Oakland County Children’s Village is a “secure detention, residential treatment and shelter care services” facility.

“Give yourself a chance to follow through and finish something,” Brennan said. “The right thing is for you and your mom to be separated for right now.”

Prior to her arrest, Grace was placed on probation for attacking her mother. She reportedly pulled her mother’s hair and bit her hand. Further, according to Brennan, police had been called out the home at least three times after issues between Grace and her mother.

Weeks after the attack, Grace was charged with larceny after she was reportedly caught stealing a student’s cellphone from her school’s locker room.

“My role is to make decisions that are in this young lady’s best interest, period. I took an oath that I would not be swayed by public clamor or fear of criticism.”

On Monday, the Michigan Center for Youth Justice released a statement condemning the judge’s decision.

“Here is another instance of where a youth on probation was put in a confined setting for a behavior that is not a crime,” executive director of the group, Mary King, said

“We only know about Grace because the mother reached out to a reporter. Because there is no system for reporting such situations on the youth justice system, we have no idea how many other ‘Graces’ there are.”

According to ProPublica, Grace has ADHD; her Individualized Education Plan indicates that she gets distracted easily and abandons work without in-person support from a teacher.

Grace’s caseworker said that although the teen was suffering from “cabin fever” from being inside for so long, there were no incidents between the teen and her mother while she was participating in the online school.

However, Grace’s mother told the caseworker that her daughter was staying up late at night, making food, and sleeping while her online class was in session, according to ProPublica.

Grace’s new caseworker, Rachel Giroux, found out that the teen fell back asleep after a morning caseworker check-in. Giroux then filed a violation of probation against Grace for not doing her online schoolwork.

Brennan scheduled the next review hearing for September 8.