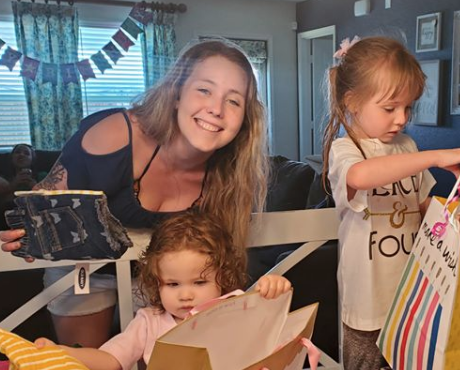 A mother and her two daughters who were reported missing on Wednesday have been found dead.

Citing police sources, InForney.com reports that Natalie Chambers, 31, and her two daughters, 4-year-old Izabel and 2-year-old Elise, were found dead in their vehicle on Thursday. The family members, who lived in Forney, which is east of Dallas, were discovered in Farmer’s Branch, about an hour’s drive away.

According to the report, Chambers’ car was parked in a lot near Freed’s Furniture store.

The mother and daughters had been reported missing on Wednesday after Chambers left home to take the girls to a playdate in a park in Grapevine but did not arrive. The family reportedly left around 8 a.m. and were not seen again on Wednesday.

The report does not provide any details about a possible cause of death, or indicate whether authorities suspect foul play. The Farmers Branch Police Department is investigating the deaths and will have more information after the autopsies are completed.