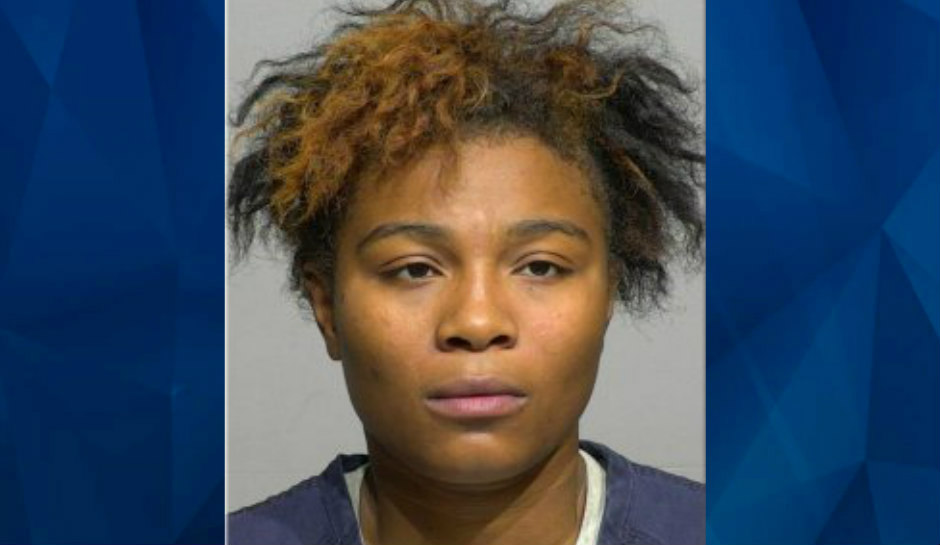 ‘I accidentally did it’: Mother shoots tot girl dead, blames it on 3-year-old & changes story five times before admitting she did it: Police

A Wisconsin woman is behind bars for the shooting death of her 2-year-old daughter after initially blaming the incident on her other child.

Fox 10 reports that 22-year-old Jasmine Daniels ran from her home on July 21 with a young child in her arms. A witness saw a male later exit the residence with a gun in his waistband and drive away in a four-door sedan.

First responders arrived at the home and began life-saving measures on 2-year-old Zymeiia Stevens, but the little girl died while en route to Children’s Wisconsin. When police questioned Daniels, she reportedly claimed that she was outside when her 3-year-old son found a gun in the basement, picked it up, and accidentally shot the 2-year-old.

According to the criminal complaint, Daniels refused to allow police into her basement to search for the gun, adding that they would not find it in the residence. Police arrested Daniels on an obstruction charge.

Police then obtained a search warrant of the home and found a pill bottle containing what appeared to be cocaine, a bullet lodged in the wall, a Glock magazine, a baggie of cocaine, a scale, and numerous cellphones.

During a subsequent interview, Daniels allegedly remained uncooperative and refused to identify any others that lived in the home. During another interview, she changed her story and said she was inside with the children when she saw her son accidentally shoot her daughter, according to Fox 6.

Daniels later changed her story again and said that a male in the home had been cleaning the gun while her children were playing in the same room. She reportedly said it didn’t bother her that the man was cleaning a gun so close to her children. Then, the gun discharged, Daniels said.

Daniels said right after the shooting, the man ran from the home with the gun as she picked up her daughter and ran outside. Yet, when investigators reviewed security footage from outside of the residence, they determined she was lying. Security footage did not show a male entering or leaving the building around the time of the shooting.

During a subsequent interview, Daniels remained uncooperative and said a man named “Eddie,” who was wearing all black clothing at the time, shot the toddler and fled. Despite being told that no one on security footage matched her story, Daniels stuck with her story until July 23, during another interview, when she admitted she accidentally shot the toddler.

“I accidentally did it,” Daniels said, explaining that she was playing with the gun when it discharged.

The 3-year-old boy told police that “Nuk-Nuk,” the name he calls Daniels, hurt the child.

Daniels has been arrested and charged with first-degree reckless homicide.