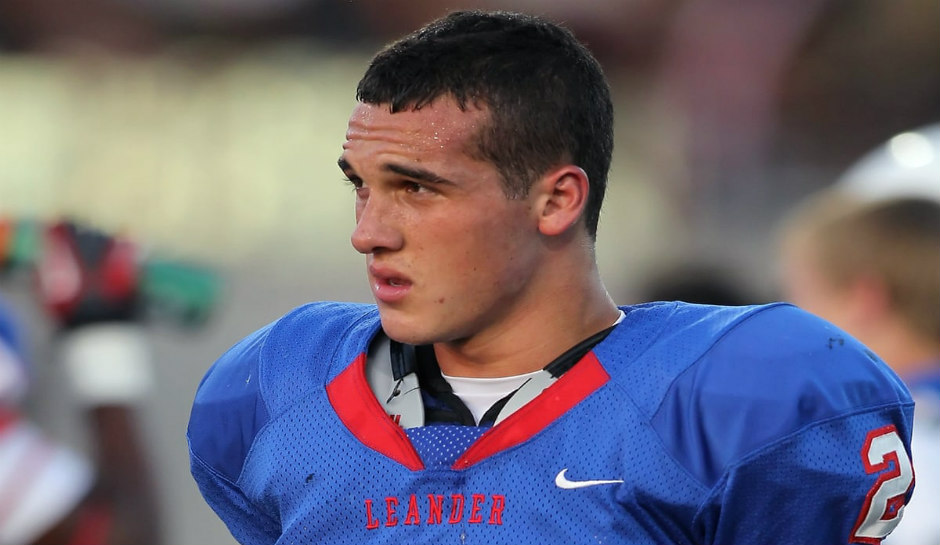 When a high school football player is accused of the unthinkable, a community rallies around him in support, but others weren’t so sure if the support happened because he was a popular, star player in a small Texas town, where football is worshipped.

“Outcry,” airing each Sunday on Showtime, is the story of Greg Kelly, once a standout player for the Leander High School football team. In 2013, Kelly’s world was turned upside down when a young child accused him of sexual assault.

After a lackluster police investigation and 2014 trial, Kelly found himself facing decades in prison at the tender age of 18, for a super aggravated sexual assault conviction.

Kelly and his supporters became desperate for someone to hear them out. Enter renowned director Pat Kondelis, known for his Emmy-award winning docuseries, “Disgraced.”

In an exclusive interview with CrimeOnline, Kondelis, who lives in Williamson County himself, explained that the county was already well-known for the wrongful conviction of Michael Morton, which was what initially piqued his interest. It was after he spoke to Kelly’s lawyer, however, that he decided to get involved.

“It’s a county with a history of wrongful convictions, so that certainly played a role in me getting involved, but it was really when I met Keith Hampton (Greg Kelly’s defense attorney) and he could answer some very specific legal questions that, once I could get those answers, I could understand a little bit more clearly what was actually happening in the case. Then I just got to the point where I couldn’t stop thinking about the case.”

Kondelis and his production team followed the case for three years. Although extremely difficult to pull off, Kondelis managed to get in-prison interviews with Kelly, which gives viewers a candid glimpse at the centerpiece of the docuseries, as he answers hard-hitting questions head-on.

Kelly was living with his best friend’s family in 2013. Kelly’s father was battling a debilitating disease and his mother was undergoing brain surgery, making it difficult to financially care for him.

Kelly, described as “half white and half Guatemalan,” came from a meager background, according to Kondelis, who said the football star “couldn’t even be considered middle class.”

“He got privilege, sure, because he was an athlete, but he did not have money, he did not have resources, and yeah, he was not the greatest villain you could have: a rich white kid,” Kondelis explained.

The living arrangement seemed the best choice at the time, given the circumstances. Kelly was just starting his junior year at Leander and during the same school year, would receive a full-ride scholarship to the University of Texas, San Antonio.

Rather than disrupt his high school football career, it was decided that Kelly would stay with his friend Jonathan McCarty and his family, who managed a daycare out of the home, until his mother fully recovered.

During the brief time he lived with the McCarthy family, a young boy in the daycare program was sexually assaulted.

“Outcry” takes viewers on a roller coaster ride of emotions and it’s never quite clear if Kelly is guilty or innocent until a climactic scene toward the end of the five-part series.

During the filming, Kelly’s father passed away, but his mother pulled through and shined during pivotal parts of the series, as she steadfastly maintained her full belief in her son’s innocence. Kondelis said she ended up selling her home to pay for her son’s first defense attorney.

Each episode brings a new twist into the mix, and while many community members supported Kelly, others stood strong behind the victim: a 4-year-old boy who gave police a compelling interview and clearly named Kelly as the person who assaulted him.

However, since the investigation was so botched, admittedly so by the detective who led it, even if Kelly were guilty, it became apparent that he received an unfair trial.

“He improperly interviewed a child, he cold-called a second father and basically planted the idea that his son could have been molested by Greg Kelly. He did things that you would never want a police detective to do, and then he was promoted to a sergeant after the original conviction.”

Since then, Daily has since stepped down from his role at the Cedar Park Police Department.

Kondelis not only interviewed Kelly supporters, but also those who fully believed he was guilty, such as Sean Mannix, the Chief of Police of the Cedar Park Police Department at the time. Mannix appeared unrepentant throughout the show as he explained that authorities handled the case correctly.

Mannix was ultimately criticized heavily for the way he handled the investigation. Yet, he was never fired, reprimanded, or suspended for his role. In fact, Mannix was set to become the new police chief of the neighboring town, Burnet, but earlier this month, he stepped down.

The docuseries also touches on other possible suspects, including McCarty, a friend who looked quite similar to Kelly in 2013 and had access to children at the daycare.

Although McCarty has never been charged in connection with the child sexual assault case, several women accused him of sexual assault. He was ultimately convicted of unlawful restraint and drug charges during the filming of the docuseries.

Investigators also said they found child pornography images on his phone and home computer. In 2017, McCarty was named as an alternate suspect.

Another suspect was announced, although he remains unnamed.

Was Greg Kelly truly guilty or did his best friend let him take the fall? Was there another suspect involved?