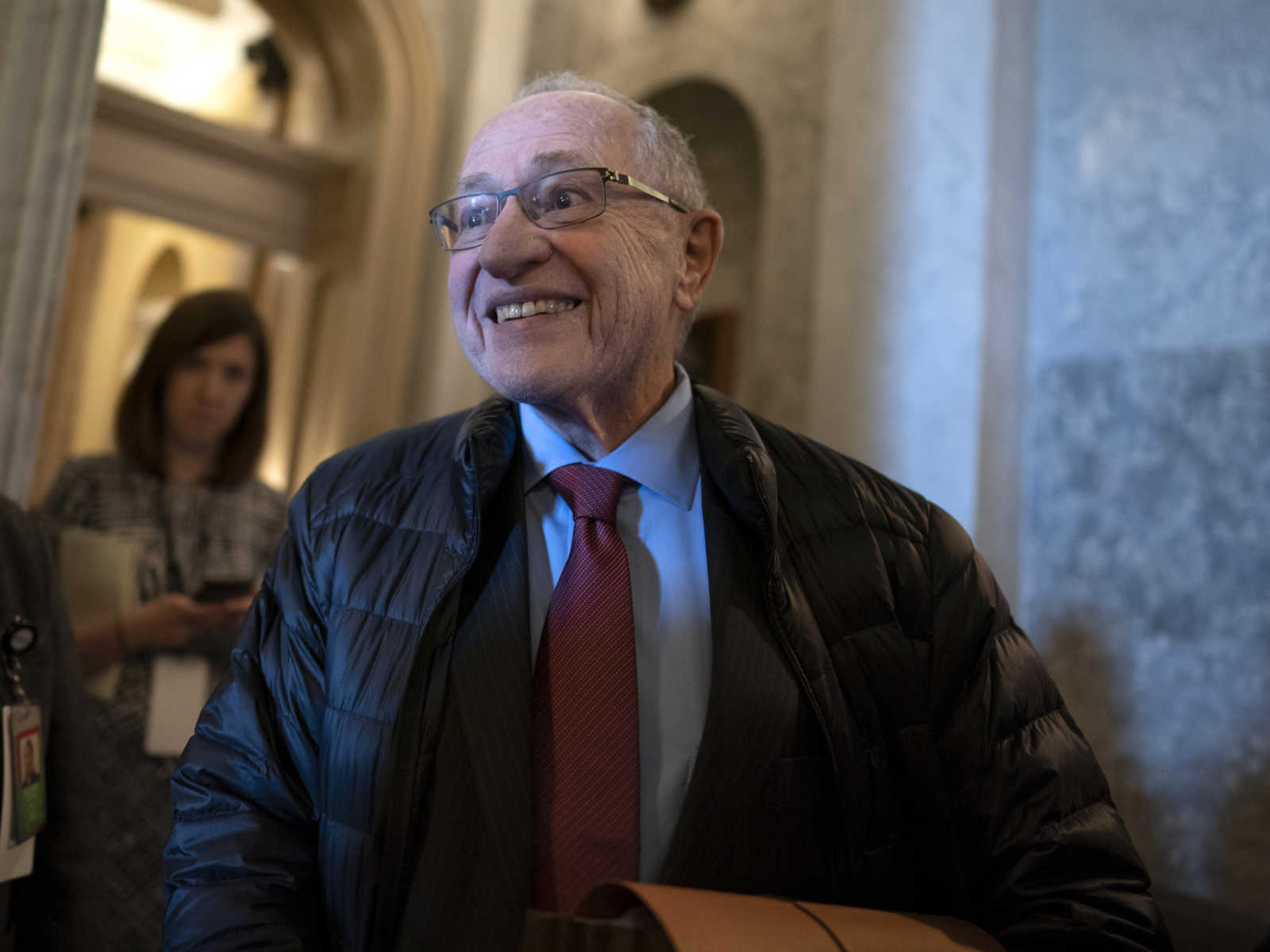 A former attorney for Jeffrey Epstein who has been accused of having sex with one of Epstein’s underage victims has denied all of the allegations and insisted he never met the accuser.

Alan Dershowitz, who in 2008 helped negotiate a non-prosecution agreement for Epstein in which the financier pleaded guilty to soliciting an underage prostitute, is named in a trove of documents related which include allegations of sexual crimes committed by Epstein and some of his associates.

Dershowitz is named in the court filings from Epstein accuser Virginia Guiffre’s defamation case against Ghislaine Maxwell, Epstein’s former girlfriend and accused accomplice who is awaiting trial on federal charges alleging that she solicited minors for Epstein to sexually abuse.

The documents allege that Dershowitz had sex with “Jane Doe 3” — identified elsewhere as Guiffre – on multiple occasions in New York, New Mexico, the U.S. Virgin Islands, and on a private plane, and also accuse Dershowitz of witnessing further instances of sexual abuse.

In a phone interview, Dershowitz maintained his innocence and insisted he never met Guiffre.

“I hope there are videotapes of every sexual encounter that ever took place in any of Epstein’s places because they would show I was not involved in anything,” Dershowitz said.

While Dershowitz acknowledged that he had been on Epstein’s private island and in New Mexico, where the accuser said some of the alleged sexual encounters took place, he insisted he never saw Guiffre there — or any other young women.

Dershowitz said that he did visit Epstein’s property in the U.S. Virgin Islands, but that he was with his wife and daughter, and that it was in 1997 or 1998 — before Guiffre reportedly met Epstein. Dershowitz also said that he once drove to Epstein’s compound in New Mexico, with his friend who is a builder, but did not get out of the car.

“We never went into the house. The house was being repaired.”

“Every single allegation is totally false,” Dershowitz said, insisting that when he saw a photo of Guiffre, she was “totally unfamiliar.”

The lawyer also said that he never saw Epstein with underage girls.

“If I had ever seen him with an underage girl, I would have reported him,” Dershowitz said. “I would have terminated my relationship. Period.”

Dershowitz repeated a claim in an earlier interview with CrimeOnline that within the time period of the allegations against him, he was never physically intimate with anyone but his wife.

“I don’t flirt, I don’t touch, I don’t hug,” he said. “They picked on the wrong innocent person.”