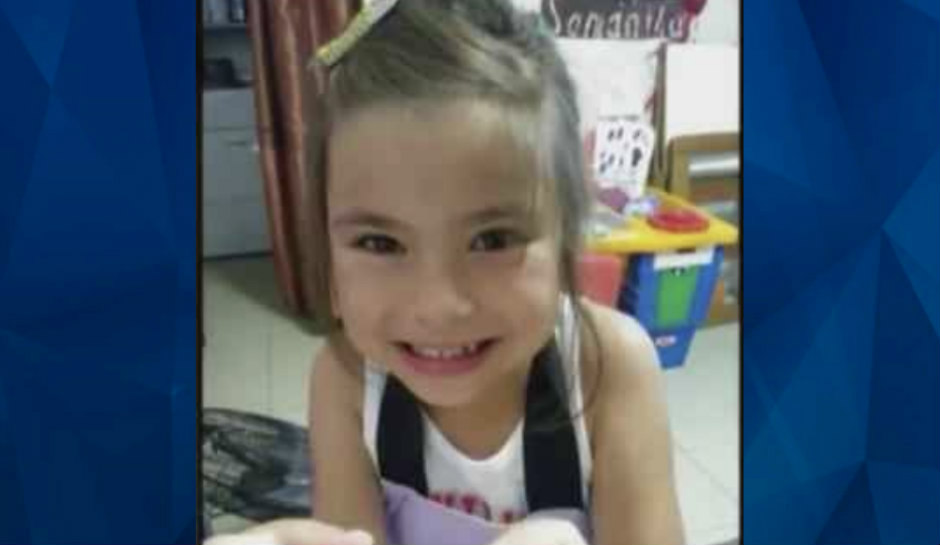 Shortly after a New Mexico girl’s mother died, she went to live with her biological father. She’s now dead and her father has been arrested.

KOB 4 reports that 8-year-old Samantha Rubino was found wrapped in a plastic trash bag and left outside of her father Juan Lerma’s Carlsbad home on Saturday. Samantha and her brother had been living with their father since April, after the New Mexico Children, Families and Youth Department (CYFD) placed them in his care following their mother’s death.

The suspect’s mother reportedly told authorities that her son did not get along with Samantha and was “going to check on having Samantha placed into foster care.”

Lerma’s mother discovered Samantha was deceased when she stopped by her son’s house on Saturday to drop a few things off. The suspect allegedly told her that Samantha “had died.”

“Juan told her that Samantha died, and she asked what happened and he told her that he wrapped Samantha’s body in a black plastic bag and placed her into the back of the black suburban,” the arrest warrant read.

Police located Samantha’s body “in black trash bags and placed into a garbage can in front of the residence on the north end.”

The cause is death is pending but Carlsbad Chief of Police, Shane Skinner, said it appeared as if the child had a head injury.

“It doesn’t appear there was any strangulation, any broken bones, anything of that nature but it does—it looks like there’s a severe head injury that caused a possible brain bleed this time. That’s the initial observation, so I’m thinking probably more of a heavy blunt force trauma to the head was going to end up being the cause of death.”

In 2010, Lerma was reportedly charged with numerous offenses, including:

According to Carlsbad Current Argus, a spokesperson for CYFD, Charlie Moore-Pabst, said that the child abuse and battery charges had been dropped after Lerma took a plea deal. In turn, CYFD did not run a background check on Lerma, Moore-Pabst said.

“That would make it out of bounds for a background check since he was never convicted of those felonies,” he explained.

Moore-Pabst said that due to state law, he couldn’t comment on any possible past complaints CYFD may have received against Lerma. The agency is now conducting an investigation into Samantha’s death and will release the findings if child abuse played a part.

“We are conducting an investigation into the death and upon completion of that investigation, will release the summary findings,” Moore-Pabst said.

Lerma is currently charged with tampering with evidence, abuse of a child resulting in death, and bribery or intimidation of a witness; additional charges could possibly follow once the child’s autopsy report is complete.

The suspect remains behind bars at the Eddy Detention Center without bond.

The investigation is ongoing. Anyone with information about the incident should contact the Carlsbad Police Department at (575) 885-2111 Ext. 2240.