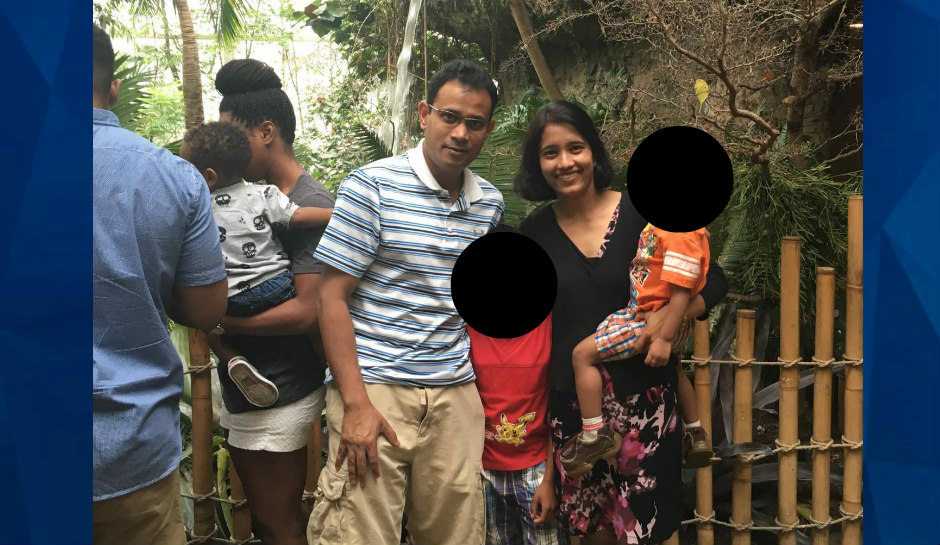 Fox 4 reports that less than two hours after Sen left for her morning jog, a witness spotted a body around 25 feet below a creek near Legacy Drive and Marchman Way in Plano, at around 7:20 a.m.

A man suspected of burglarizing a home in the area that morning, identified as 29-year old Bakari Moncrief, is now a person of interest in the case. A Ring doorbell camera captured Moncrief allegedly breaking into a residence off Michael Drive early Saturday morning.

“What we don’t know and are still trying to determine is, which one of these came first, which one of these offenses occurred first. Did the burglary take place first or did the murder?” Plano Police Department spokesperson David Tilley told NBC DFW.

“I’ve been with this department for 23 years and I can’t recall any incident like this happening; our trails have always been safe…The location of the burglary and the location of the body in the creek was very close, probably 30, 40 yards away.”

Neighbors, however, according to Local Profile, said that there has been an increasing number of drug addicts and homeless people in the community, due to the proximity to the trails.

“The COVID-19 and unemployment is bringing people from outside our community and this is dangerous,” one neighbor said.

Police detained Moncrief at a gas station close to the crime and arrested him on burglary charges. He was apprehended while charging his phone at one of the store’s outdoor power outlets.

“I ain’t a coward,” Moncrief reportedly told the arresting officer. He made similar statements while breaking into the Plano home, according to details captured on security footage.

Moncrief remains behind bars on a $1 million bond for the burglary charges, while officials are hoping to obtain and test DNA evidence from a rock he allegedly used to smash the home’s window.

Throughout most of her professional career, Sen worked on cancer research. She was a clinical research manager at U.T. Southwestern Medical Center.

“Sarmistha lived a free and fearless life inspiring many with her infectious energy and carefree smile,” her family wrote on CaringBridge. “Sarmistha was an avid runner, gardener and a great cook. She practiced healthy mindful living and she could cook extremely healthy food that tasted amazingly good.”

Sren leaves behind a husband and two children.