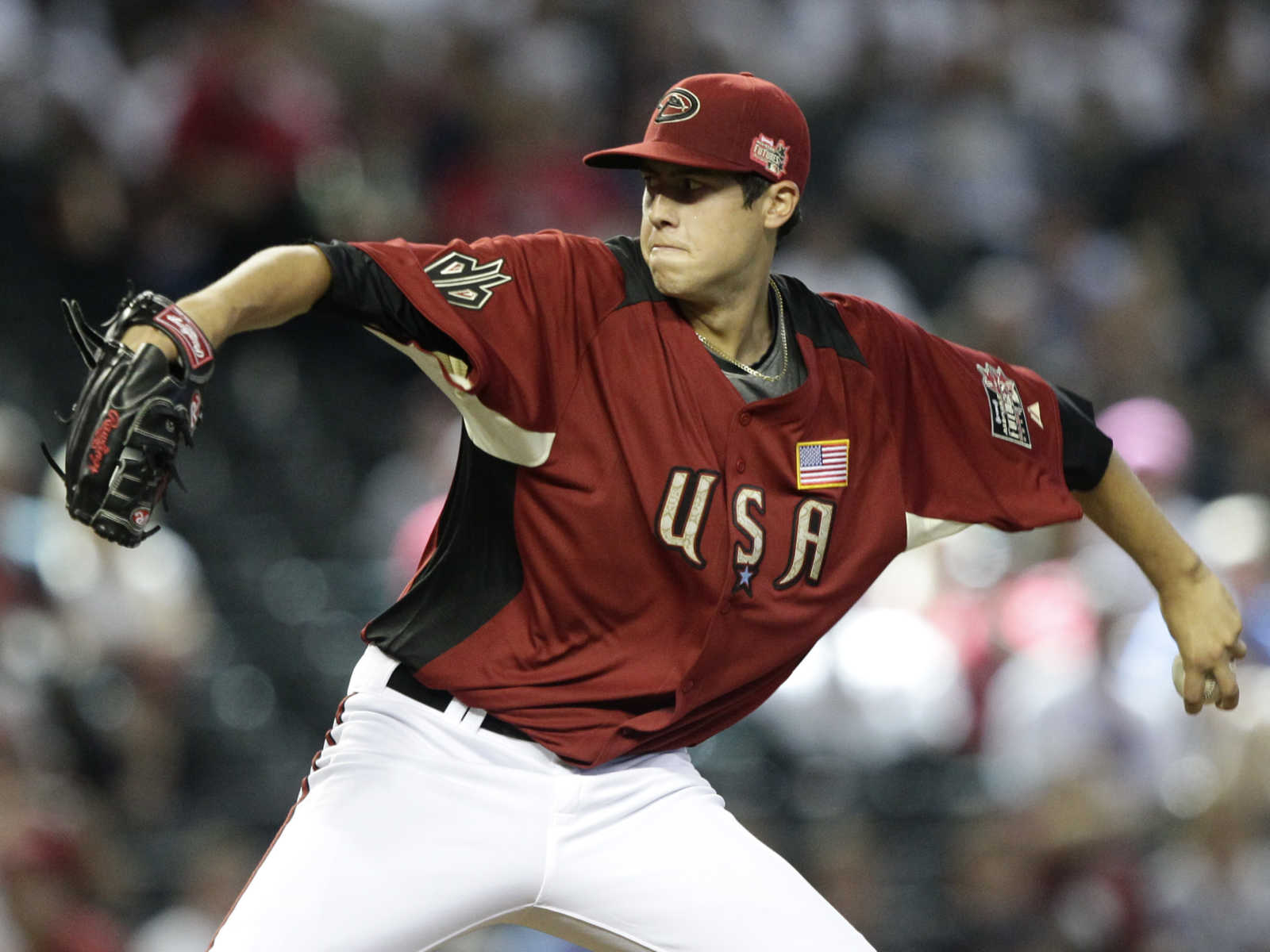 A former Los Angeles Angels staffer has been arrested in connection with the death of late MLB play, Tyler Skaggs.

In July 2019, Skaggs, a pitcher for the Angels, passed away from an accidental drug overdose. He was found hours before the Angels had a scheduled game, dead inside a hotel room in Southlake, Texas.

Tarrant County Medical Examiner’s Office stated that Skaggs died after choking on his own vomit, due to “mixed ethanol, fentanyl and oxycodone intoxication with terminal aspiration of gastric contents,” Fox News reports.

“It was later determined that but for the fentanyl in [Skaggs’] system, [he] would not have died,” the affidavit read.

On Friday, former Los Angeles Angels employee Eric Kay, who worked as the director of communications for the team, surrender himself to authorities.

Following Skagg’s death, family members released a statement indicating they felt someone else was culpable.

“That is completely out of character for someone who worked so hard to become a Major League baseball player and had a very promising future in the game he loved so much…We will not rest until we learn the truth about how Tyler came into possession of these narcotics, including who supplied them. To that end, we have hired Texas attorney Rusty Hardin to assist us.”

According to TMZ, court documents state that prosecutors found a text conversation between Skaggs and Kay, which reportedly proved the former staffer’s involvement.

Court documents reportedly indicate that Kay also gave “30 milligram oxycodone pills” to Skaggs on a number of occasions. According to ESPN, Kay previously admitted to not only providing Skaggs with oxycodone for years but also abusing it with him.

Kay is facing federal charges of distributing fentanyl. Check back for updates.