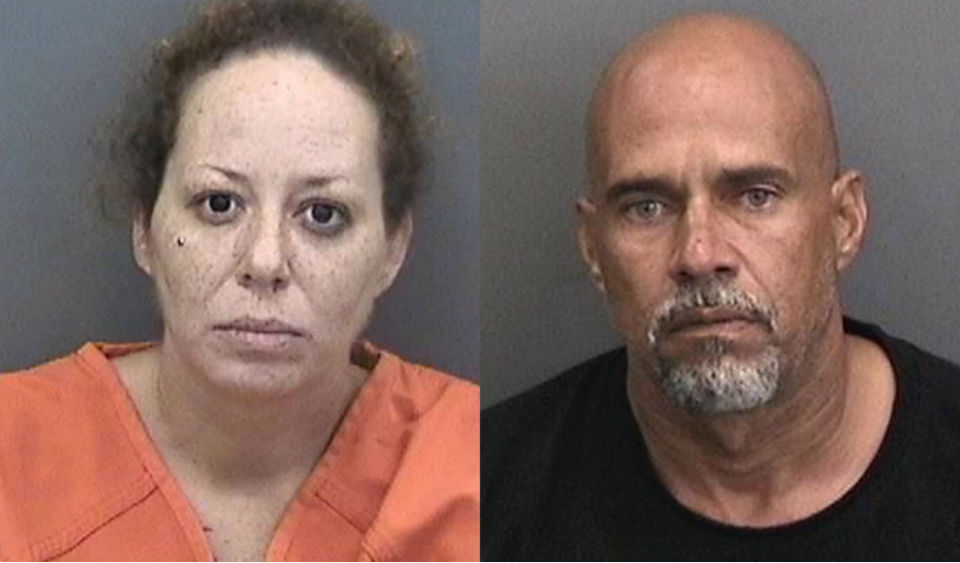 Two people in Florida have been arrested after allegedly attacking a man with a machete last week.

Fox 13 News reports that the unidentified male victim went to the Town ‘N’ County home of Yamaiza Jimenez, 37, on Thursday. The victim had reportedly dated Jiminez on and off for the last two years, and went to her home to discuss the possibility of renting a room.

Later that night, Mitchel Figueroa Pacheco went to Jiminez’s home. According to the report, the victim confronted Jiminez after seeing her “intimately” dancing with Pacheco.

Both Jiminez and Figueroa Pacheco allegedly responded with violence.

Police sources told the news station that Jiminez slapped the victim and hit him with the back end of a machete, and Figueroa Pacheco allegedly punched the victim inside the home and inside his vehicle as he was trying to flee.

The victim reportedly drove himself to a hospital, and medical staff there reported the incident to police.

“Fortunately, the victim survived this savage attack,” Hillsborough County Sheriff Chad Chronister in a statement obtained by the news station.

“However, he does not speak English, and likely would not have reported it, had our deputies not been notified by hospital staff and then tracked him down. One of our bilingual deputies was able to interview the victim and get the information we needed to arrest the pair that beat him.”

The report did not include any further details about the arrests or the charges the suspects are facing.