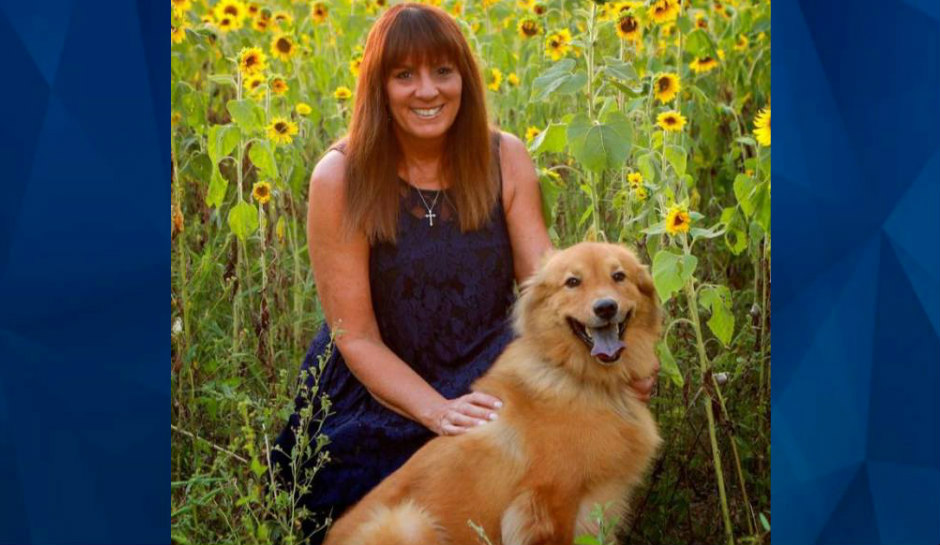 Family says beloved mom was killed by ‘man of her dreams’ she met online, who kept her body in house for days: Reports

A Florida man arrested last week for murder allegedly kept his girlfriend stored in his home for two days after a gruesome attack.

Pensacola News Journal reports that 61-year-old Jerry Geisler Odum was arrested on Friday for the murder of Vickie Edge, 59, of Okaloosa County, Florida.

According to police, Santa Rosa County Sheriff’s Office arrived at Odum’s house, off of Vendom Court in Milton, on Friday night after family members hadn’t heard from Edge in days. Edge reportedly told her family during one of their last visits that she had plans to meet up with Odum, a man she met online via a dating site.

“[The sister-in-law] stated [Edge] was supposed to be visiting her boyfriend but had not responded to calls or text messages for two days which was out of character for Vickie,” the police report read. “Backed in the driveway was a red Pontiac sedan with the tag removed. [The sister-in-law] said the car belonged to Vickie.”

Edge’s brother, Derrick Edge, told Nwf Daily News that although they didn’t know where Odum lived, they knew his name and searched for his address online when Edge never returned home and stopped returning text messages.

Derrick Edge and his wife waited at the residence for hours, until police were able to gain access to Odum’s house, but Derrick said he already knew his sister had died. They could hear her dog inside the home, barking.

Odum didn’t answer the door when police knocked on it, but instead, he walked out from the garage and asked what the problem was. When the deputies asked if Edge was there, he said, “She is inside, but I have to tell you something first.”

The arrest report doesn’t specify exactly how Edge died, but authorities indicated that a “brutal” attack occurred inside Odum’s home.

Odum later told detectives that Edge met him at his house a little after 10 a.m. on Thursday morning. He allegedly put a blanket over her head when she arrived and told her had had a surprise for her. Authorities indicated at that point, a baseball bat may have been used.

“Jerry stated he bought the baseball bat at the Walmart in Milton,” the report read.

According to Nwf Daily News, Edge’s family had never met Odum in person, although Edge spoke of him highly and thought of him and gushed about finally finding “Mr. Right.”

“Dating sites were her weakness,” Derrick Edge said. “She was always trying to find Mr. Right. The creeps she had to filter through are not worth the risk. She ignored the signs and red flags…She made the wrong choice in her weakness and she died from it.”

Chameron Perry, who worked with Edge at a day spa felt like a surrogate daughter to her, said that Odum had promised to buy Edge a lake house in DeFuniak Springs and was pushing for an October marriage, although the pair had only known each other a few months.

“She just seemed so happy,” Perry told Nwf Daily News. “I wanted that for her so bad. I should have seen that it was weird, that it was too fast. I just wish I would have noticed something.”

The family added that Edge was a business owner, but spent most of her time caring for other people and donating time and money to charities.

Before her death, Edge found out she had colon cancer but was more upset that the diagnosis meant she could no longer donate a kidney she promised to a local woman.

“I know you don’t earn your wings here, but she had earned hers 10 times over,” Derrick Edge said. “[There’s] such a peace knowing my sister is in heaven now.”

Sex Crimes
Ex-convict attacks women as they enter their apartments, raping one: Cops

Juveniles
‘I was chosen to be a mom of an angel’: ‘Celebration of Life’ honors Gannon Stauch with motorcycle ride, memorial service