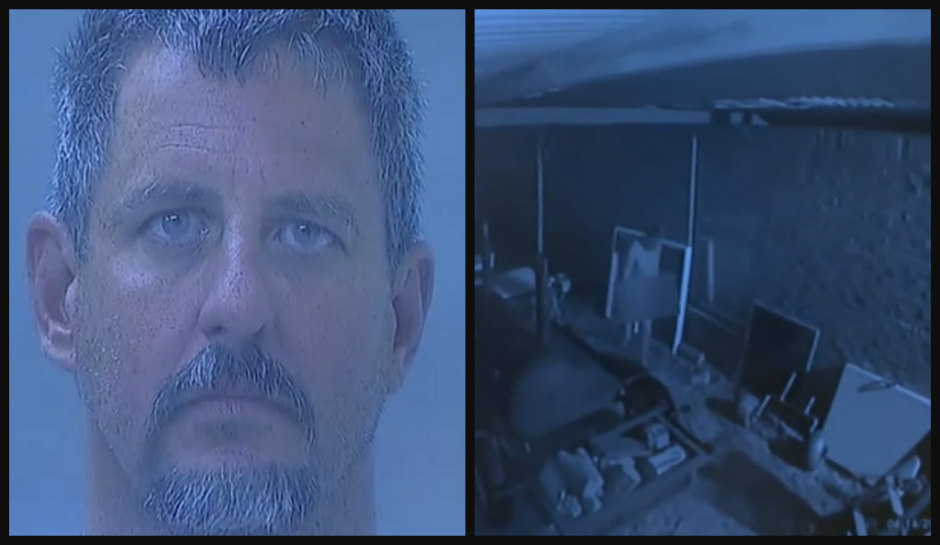 A Florida man is facing charges after police say he spent several days knocking on a 7-year-old girl’s window while completely naked.

ABC3 reports that the Santa Rosa County Sheriff’s Office announced on Tuesday the arrest of Eric Straight, 50. According to the arrest report, Straight, who was a neighbor of the victim and a friend of her father, was spotted on security footage on August 12, 13, 14, and 15.

While on his neighbor’s property, Straight attempted to talk to the little girl while standing at her window, police said. On August 14, he knocked on the girl’s window at least three times.

The family installed a security camera on August 9 after the child’s mother spotted a silhouette of a man by her daughter’s window. It’s unclear whether there were previous instances of Straight sneaking onto the property before the camera was installed.

Sheriff Bob Johnson, who called Straight a “scumbag,” said the suspect also tried to take the screen off of the child’s window.

“He knows that window belonged to the 7-year-old’s bedroom. So he knows that, and he’s naked and knocked on that window?” Johnson said. “If [the girl’s father] would have come out and stomped him into a mud puddle, yeah, we would’ve been fine with that.”

Straight claimed that he was a “professional nudist,” but Johnson said that he be nude all he wants inside his home, but not in a subdivision.

“The owners of the property and parents of the victim have specifically told him in the past, he is not permitted on their property nude,” the arrest report reads. “Straight acknowledged their statement and said he understood.”

Straight has been charged with aggravated stalking and trespassing. He has since been released on a $27,500 bond.