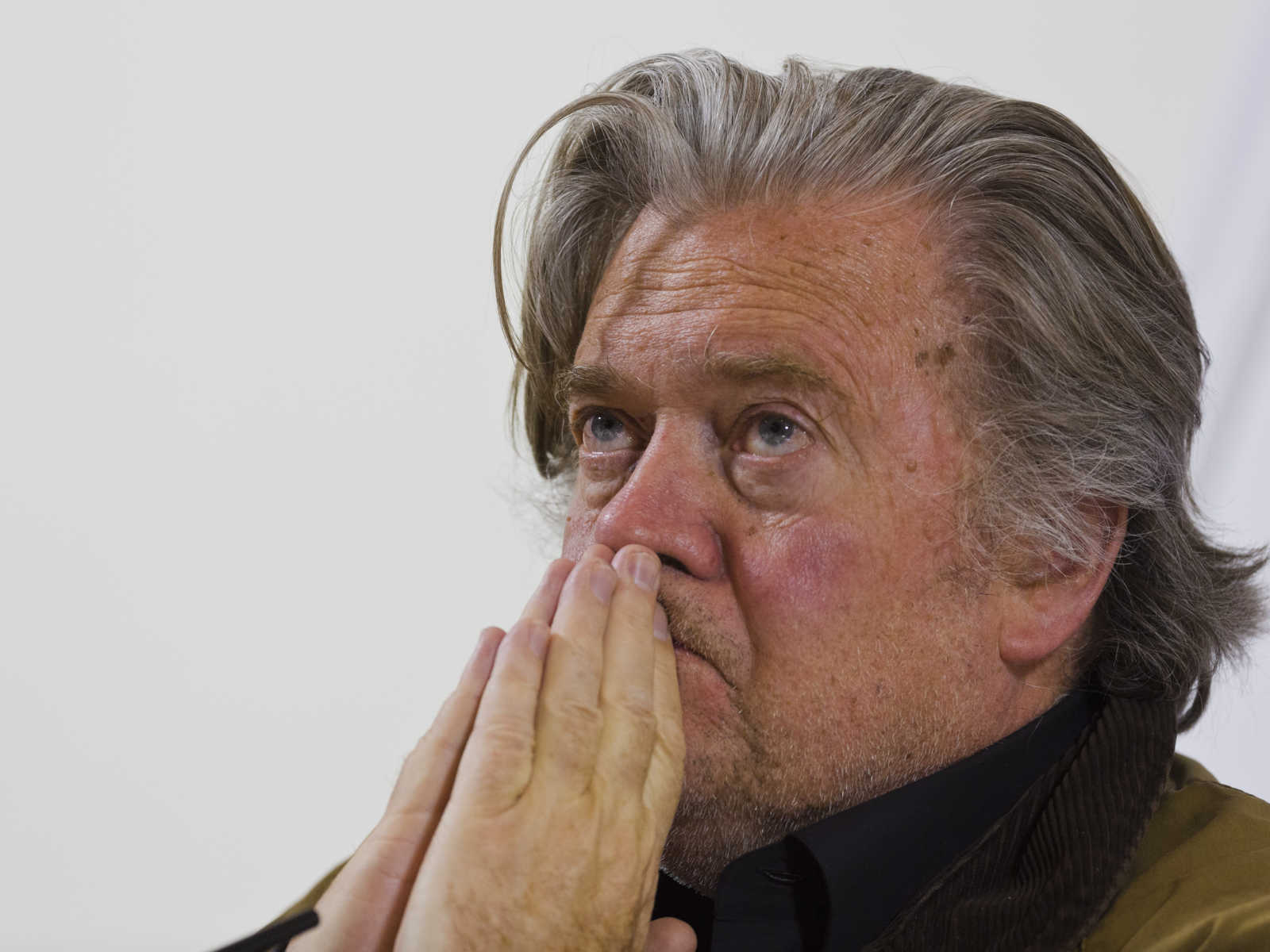 Steve Bannon, President Donald Trump’s former campaign adviser, was arrested on Thursday morning and charged with defrauding donors who contributed to a fundraising campaign the donors believed was intended for the construction of a border wall between the United States and Mexico.

As CNN reports, Bannon and three other individuals were taken into custody on suspicion of funneling hundreds of thousands of dollars from the fundraising campaign and using the money for personal enrichment.

According to the report, federal prosecutors allege that Bannon gave one of the other defendants, Brian Kolfage, hundreds of thousands of dollars taken from the fund to cover Bannon’s own personal expenses. He allegedly transferred the money “secretly” through a nonprofit called Non-Profit-1, using money that contributors had donated to the We Build the Wall campaign.

As USA Today reports, the crowdfunding campaign raised more than $25 million for the construction of a border wall that has not been completed.

“As alleged, the defendants defrauded hundreds of thousands of donors, capitalizing on their interest in funding a border wall to raise millions of dollars, under the false pretense that all of that money would be spent on construction,” Acting Manhattan U.S. Attorney Audrey Strauss said in a statement obtained by CNN.

“While repeatedly assuring donors that Brian Kolfage, the founder and public face of We Build the Wall, would not be paid a cent, the defendants secretly schemed to pass hundreds of thousands of dollars to Kolfage, which he used to fund his lavish lifestyle.”