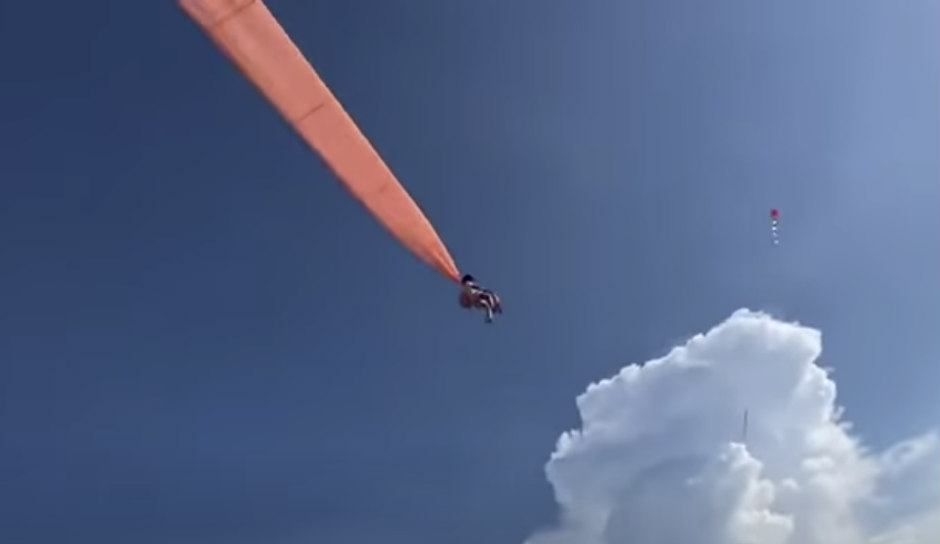 PARENTS BEWARE: 3-year-old girl gets lifted to sky after getting caught on kite [SEE IT]

Shocking footage taken by onlookers shows a young girl being whisked away at least 100 feet after getting caught in a giant kite.

New York Post reports that the incident happened Sunday at the 2020 International Kite Festival in Nanlioao, Tawain. The 3-year-old, Lin, reportedly weighs around 28 pounds and somehow got entangled in a large, orange-tailed kite.

Lin was in the air for around 30 seconds before the shocked crowd pulled her down to safety.

According to Taiwan News, Lin managed to escape the incident with only a few scratches. She was taken to a hospital for a medical checkup immediately after the incident.

“The city government team offers its sincere apology to the victim and the public,” Mayor Lin Chih-chien said after the incident.

The kite, which carries candy that scatters around for children, was supposed to be kept at a distance from the public, the secretary-general of the Taiwan-based Asian Kite Forum, Chen Ko-fang, said. However, the event organizers said that a sudden gust of strong wind contributed to the child getting caught in the kite.

Authorities are investigating the incident to ensure it doesn’t happen again.