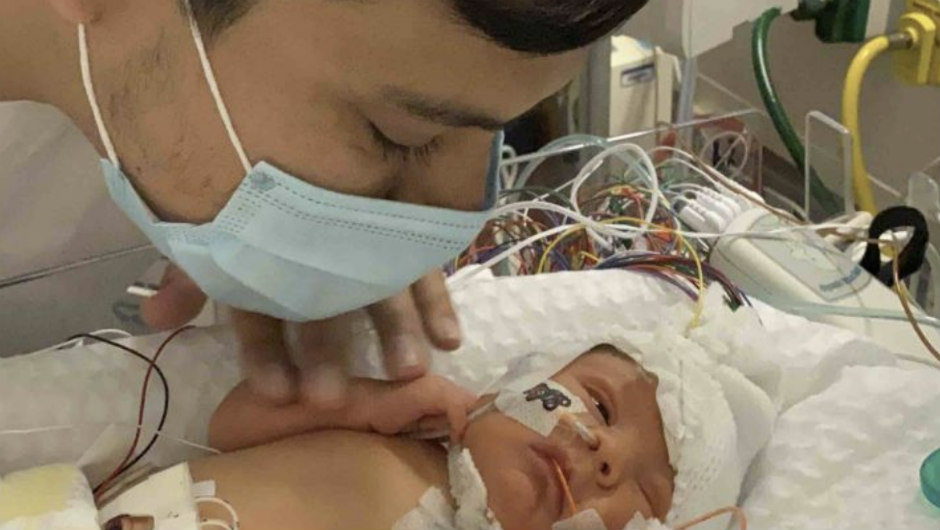 A newborn baby of a California woman hit and killed by an alleged drunk driver is now at home with her father after spending weeks at a hospital.

As CrimeOnline previously reported, a deadly crash occurred in Anaheim on August 13, off of Katella Avenue and close Bayless Street, at around 7:30 p.m. Yesenia Lisette Aguilar, 35 weeks pregnant, was hit while walking on a sidewalk with her husband, James Alvarez, after a woman, allegedly drinking and driving, jumped the curb with her Jeep and smashed into the victim.

Authorities identified the suspect as 40-year-old Courtney Fritz Pandolfi. According to the Orange County District Attorney’s Office, Pandolfi has already had three previous DUI convictions, from 2008, 2015, and 2016.

Doctors couldn’t save Aguilar, but they delivered her infant, a baby girl, via cesarean section. The baby survived, although she spent the first three weeks of her life at the neonatal intensive care unit at UC Irvine Medical Center.

As James Alvarez walked down the hall with his baby in his arms, around 12 nurses at the hospital clapped and congratulated him, according to KTLA 5.

“Thank you so much for taking care of her and her well being,” he said to the nurses. “She fought hard but you assisted and I’m truly thankful.”

Alvarez said that the baby is “easy-going” and hardly cries.

Alvarez previously said that they had been trying to have a baby for years and were ecstatic when Aguilar became pregnant. He’s still mourning the loss of his wife but said his baby gives him the motivation to keep going.

“It’s going to help me move forward, give me the motivation that I need. I have my down moments, but knowing that … my daughter is with me 24/7 is definitely gonna be a reminder to keep going forward for my wife.”

Meanwhile, authorities charged Pandolfi with second-degree murder instead of vehicular manslaughter, due to her previous convictions.

“This is beyond shocking and it is absolutely reprehensible. There is no reason why a 23-year-old mother is dead and her daughter will grow up without ever seeing her mother’s smile or hearing her voice,” Orange County District Attorney Todd Spitzer said in a statement.