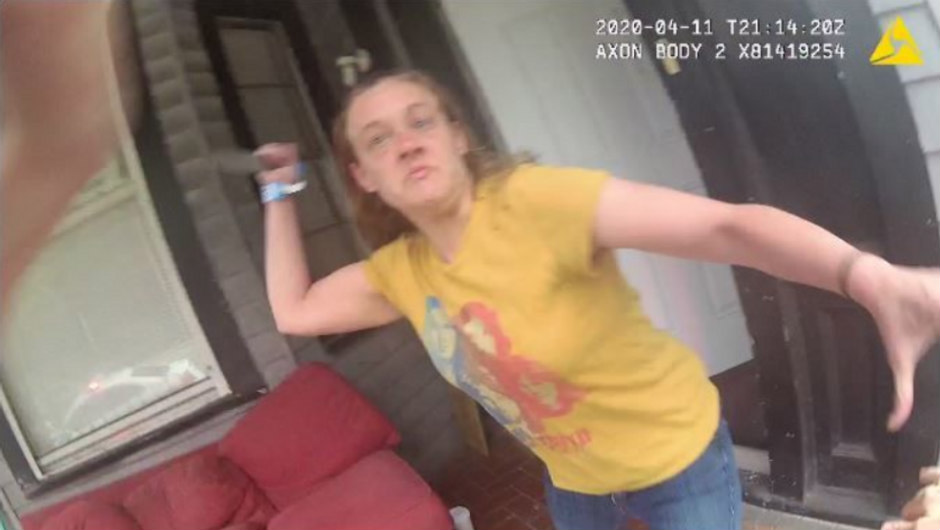 A police officer has been cleared following a fatal shooting, initiated after a Florida woman stabbed a Jacksonville cop in the arm with a knife.

Abc 13 reports that the State Attorney for the Fourth Judicial Court in northeast Florida ruled the death of 29-year-old Leah Baker a justifiable police shooting. The incident occurred on April 11 in Jacksonville, when officers responded to a call about a roommate disturbance.

According to the police report, when the officers arrived, Baker emerged from the home with the knife and stabbed Jacksonville Officer Elizabeth Mechling in the arm.

“I’ve just been f—–g stabbed,” the officer said on her radio.

Mechling ordered Baker to drop the knife and get on the ground, while another officer, Sgt. John Nobles, arrived for backup. Baker, who threw the knife down, walked toward it again while Mechling warned her to not pick it up.

When Baker reaches for the knife, Mechling fired shots, but visibly shaken, she missed.

Baker then grabbed the knife and ran toward Nobles, who shot her four times.

News4Jax reports that as Baker fell to the ground she held onto the knife. As officers and a police dog approached her, Baker began punching the dog. The dog grabbed a hold of her leg and dragged her toward the street where officers handcuffed her and sent her away with paramedics who arrived at the scene.

Baker died at the hospital.

“That happened so fast that had he not stopped the threat, he could have been stabbed as well. So, he did the right thing,” safety expert Ken Jefferson told News4Jax, referring to Sgt. Nobles.

Baker’s mother, Charity Baker, told the outlet that her daughter suffered from mental illnesses and couldn’t get the help she needed.

“I can’t condone my daughter’s actions, but at the same time I have fought with different hospitals to get the help she needed.”

“I had her in what I thought was a safe house,” Charity Baker previously said.

“She did suffer from mental illness. I never thought the police would kill my daughter.”

The mother added that it was Leah Baker herself who initially called 911 for assistance with a roommate argument.