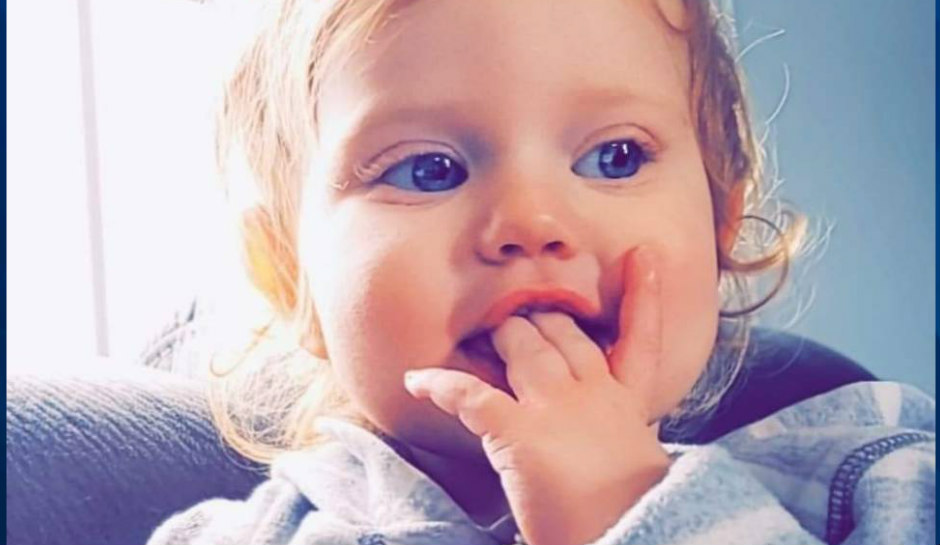 Mother’s boyfriend beats tot, leaves her facedown in bath water after she hits her head [UPDATE]

A Michigan man who beat his girlfriend’s daughter and left her in bath water to die has been sentenced to prison.

As CrimeOnline previously reported, 23-year-old Damian Garrett was charged last year with the murder of 1-year-old Skylar Papple. In June 2020, he pleaded guilty to second-degree murder as part of a plea deal.

On Friday, Midland County Circuit Judge Stephen P. Carras sentenced Garrett to 25 to 50 years in prison. MLive reports that 352 days that Garrett has already spent in jail will count as time served.

On September 17, 2019, Garrett was babysitting Skylar when she drowned in a bathtub. Skylar’s mother, Emma Buchholz, was not at home at the time.

Garrett initially told investigators that Skylar fell and bumped her head on the bathtub faucet. The incident happened inside an apartment Garrett shared with Buchholz at the Northwind Forest Apartments, off of Hedgewood Drive in Midland.

Garrett said after Skylar hit her head, she was submerged underwater for several minutes before he found her, according to court documents.

According to the arrest affidavit, hospital staff noticed fresh bruising and wounds on Skylar that “that appeared to be concerning,” MLive reports.

Police spoke to Tickel, who reportedly said that he, too, noticed fresh injuries on the child.

An autopsy performed on the toddler confirmed she died from drowning. The report indicated that Skylar also had severe head injuries that were “possible contributing factors, but not in themselves sufficient to cause her death.”

On September 18, 2019, investigators questioned Garrett again. During the second round of questioning, the suspect admitted that he grew angry when Skylar refused to get her hair wet while he was trying to give her a bath, according to the arrest affidavit.

“Garrett said that he became frustrated and hit or pushed Skylar in the back, harder than he ever had before, causing her to fall forward and hit her head on the bath faucet.”

Garrett admitted that he hit the toddler at least four times. During the final hit, Skylar struck her head on the faucet, then fell unconscious in the bathwater.

“He left Skylar facedown in the water and went out to the living room where he was punching the floor,” the affidavit continued. “After 5 to 6 minutes, Garrett returned to the bathroom where a motionless Skylar remained beneath 6 to 8 inches of water.”

CrimeOnline spoke with the child’s father, Robert Papple, in 2019, who said he had been trying to get custody of Skylar. Papple claimed that Buchholz would block any attempts by moving to different locations.

“Emma would not let me know where Skylar was living or even staying at. She packed Skylar up in the middle of the night and told my girlfriend she was moving back up north and told her not to tell me. Anytime I tried to do the next step or do anything to see my daughter, she would pack up and move and block me and not contact me. She would tell me I could see her then tell me I was never seeing her again.”

Papple added that he thought Buccholz was aware of Garrett abusing Skylar prior to the incident. Buchholz allegedly indicated that the toddler would “learn over time.”

“There are text messages of Emma messaging Damian asking him to stop spanking her so hard, and that Skylar will learn over time, and trying to get Damian to be her father figure. She [Buchholz] knew he [Garrett} was abusing Skylar! And did not protect her like she was supposed to. Skylar was my life, my world! I can’t imagine anyone else going through this.”

Buchholz allegedly said she wanted Garrett to “co-parent Skylar.” Efforts to reach Buchholz have so far been unsuccessful.

“Garrett was somewhat emotional and kind of apologized,” Brooks said. “The judge was pretty stern with him. The judge made reference to a man shouldn’t beat children. These were pretty awful circumstances, obviously.