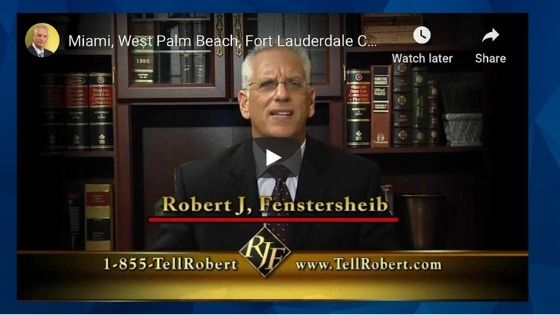 Personal injury lawyer known for his ‘Tell Robert’ commercials shot and killed by his own son: Police

A Florida personal injury lawyer well-known for his “Tell Robert” commercials is dead after a Wednesday morning shooting.

According to Local 10, Robert Fenstersheib, 66, was shot and killed by his oldest son, Michael, 35, who then turned the gun on himself. The incident happened inside Fenstersheib’s Hollywood, Florida, home, at the Oakridge community.

The Miami Herald reports that Fenstersheib’s colleague and friend, Scott Mager, said that Michael suffered “severe mental illness and addiction,” and had been to numerous treatment facilities in the past. Mager added that Michael also shot his Fenstersheib’s long-time girlfriend.

“I’m sure he regrets what he did even though he is dead,” Mager said. “He didn’t have any violent incidents before…Something wrong and unusual happened.”

Police received a call at around 9:40 a.m. Wednesday and when they arrived at the home, found both Fenstersheib and his son deceased. The girlfriend was taken to Memorial Regional Hospital, where she is in stable condition following surgery.

Maged said this his fried was “the most kind, philanthropic human being you can ever hope to meet.”