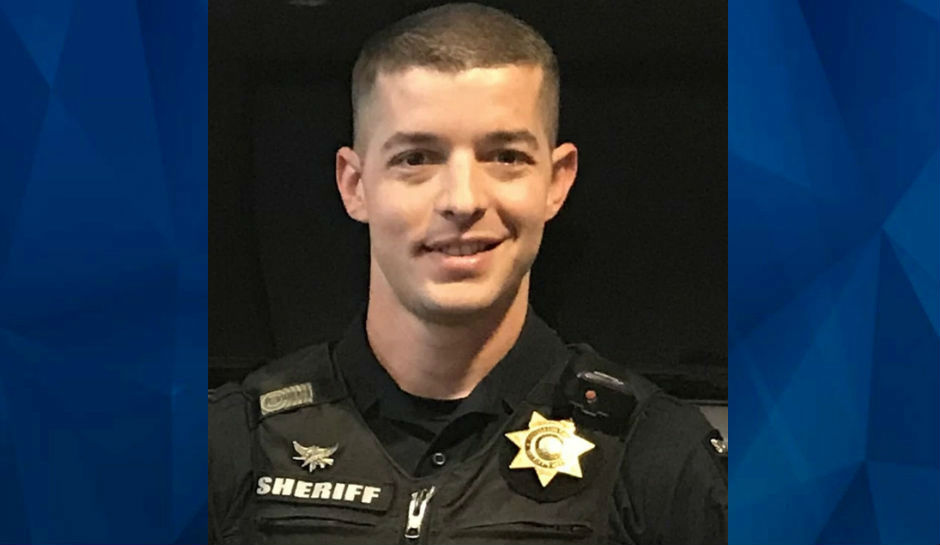 A sheriff’s deputy in North Carolina is brain dead after a suspect allegedly shot him in the face.

Citing police sources, WYFF reports that Ryan Hendrix, 35, was shot outside of a residence near Hendersonville on Thursday morning.

Sheriff Lowell Griffin said in an emotional news conference that Hendrix was among officers who responded to a call about a suspect who was seen breaking into a car before he smashed a window of a homeowner who witnessed the attempted car theft. The homeowner reportedly told police that he and the suspect exchanged gunfire.

Responding deputies found the suspect in a vehicle, and while at first the suspect appeared to be cooperating, he ultimately opened fire and shot Hendrix in the face.

Two deputies at the scene then fatally shot the suspect, who has been identified as Robert Ray Doss Jr.

Another person of interest is in custody, according to WYFF, but the report does not specify how this person is connected to the fatal shooting.

The Henderson County Sheriff’s Office confirmed to the news station that Hendrix has been declared “medically deceased” and released a statement.

“It is with a heavy heart the family of Henderson County Deputy Ryan Hendrix and Sheriff Lowell Griffin announce Ryan’s passing today at 12:57 p.m. Early this morning while the world slept, Ryan responded to assist a family needing help when they became innocent victims of a violent encounter. We all know the tragic outcome, but Ryan refuses to let the story end there,” the statement reads.

“Even in passing Ryan continues to exemplify a servant’s heart. You see, Ryan was also an organ donor. He will continue to help strangers for a lifetime, even after making the ultimate sacrifice.”