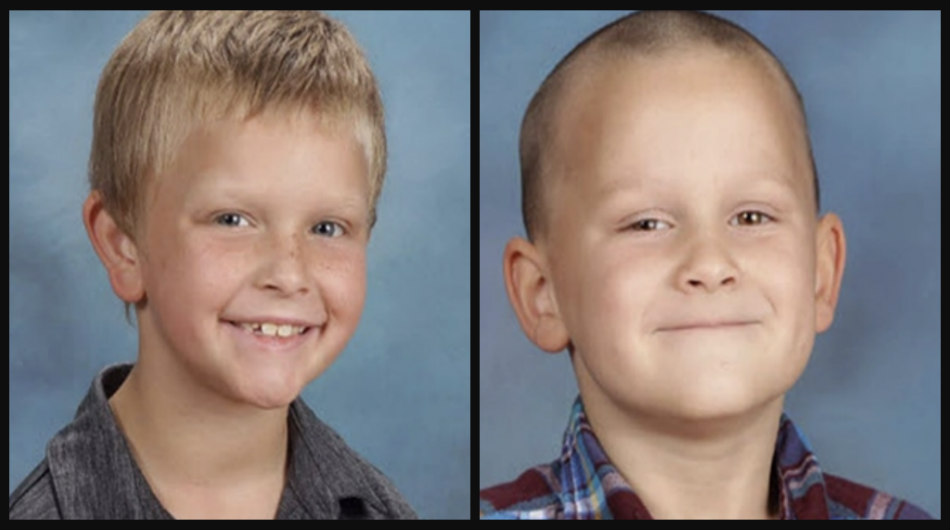 **FOUND SAFE**: Two boys ‘taken from their bedroom’ in the middle of the night [Police]

* Two missing South Carolina boys were found safe in Pensacola, Florida, according to police. No other information is available at this time.*

South Carolina police are searching for two brothers reportedly snatched from the bedroom in the middle of the night.

Fox Carolina reports that Matthew Kinman, 9, and Jerry Kinman, 7, were taken on September 17 from their home off of Deerwood Court in Aiken. Police believe the boys’ mother, Nancy Christina Kinman, may have the children.

Authorities are searching for Nancy Hinman, “in order to learn the whereabouts of the missing juveniles.”

Nancy Kinman could be driving a maroon, 2005 Toyota Camry with SC tag, SIY391, according to Aiken police. She’s described as a white female who stands 5-feet-2-inches tall and weighs around 185 pounds. She has blonde hair and green eyes.

Anyone with information on the case is urged to contact the Aiken Department of Public Safety at 803-642-7620.