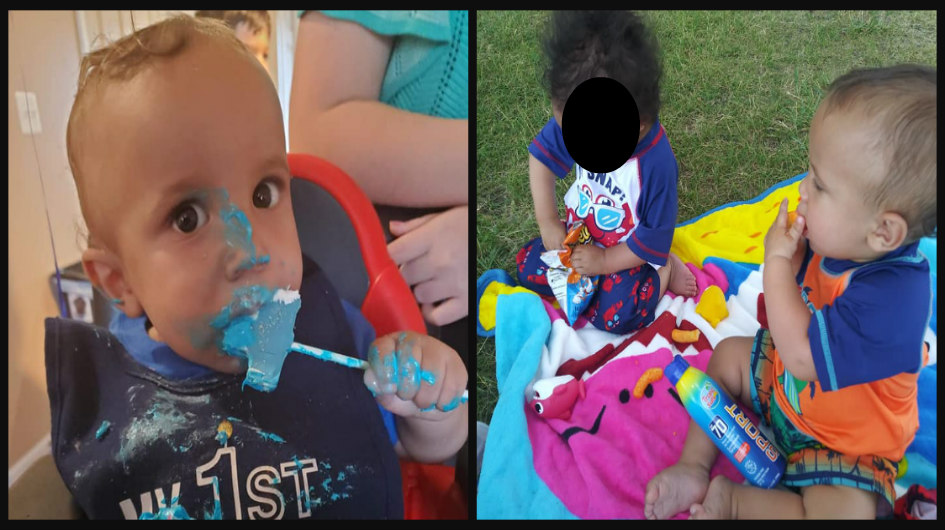 Family members are speaking out after a Michigan man allegedly beat to death one toddler and critically injured his twin brother.

As CrimeOnline previously reported, Ecorse police responded to a call at around 4 a.m. in late July, in connection to an unresponsive child at the Renaissance Estates apartment complex. Responding officers arrived to find a 1-year-old baby on the hood of a car with “unspeakable injuries.”

The baby, identified as Zyaire Reed, was unconscious and unable to be saved. Police later learned that another child, Zyaire’s twin brother, was inside the apartment showing signs of abuse.

“One of our evidence techs that was called to the scene…..he asked to speak to me and says, ‘the twin brother is now at the hospital as well,’” Inspector Timothy Sassak with the Ecorse police said.

Zyaire was pronounced dead at the hospital, while his twin brother was left in serious condition. He ended up getting emergency surgery at Detroit Children’s Hospital of Michigan.

The children’s uncle, Ricky Tanner, told Fox 2 that the surviving twin had a “broken hip, a broken nose, bleeding on the brain.”

Authorities detained the child’s mother, Lisa Reed, and a manhunt ensued for her live-in boyfriend, James Gibson. He was eventually captured and is now facing first-degree child abuse charges.

Previous charges against Gibson, according to online court documents, include larceny, armed robbery, carjacking, fleeing from police, and concealing and receiving a stolen motor vehicle.

Court records also indicated that he’s accused of assaulting a prison employee on July 29, a day after his arrest for child abuse.

A family member told CrimeOnline that her sister, Reed, is a high-functioning autistic mother who was manipulated by Gibson. The relative also confirmed that a neighbor saw Gibson manhandling one of the children but the family didn’t learn about it until July.

“This sicko manipulated my sister and played a very narcissistic role in making himself seem like the ‘father of the year’ while doing this disgusting thing. He is a manipulating sociopath that took advantage of a situation and committed a displace, incomprehensible, disgusting and vile thing,” sister Jennifer Reed said, adding that her sister was sleeping while Zyaire was being beaten.

Regardless, Lisa Reed is also facing child abuse charges. Police previously said, however, that they believe Gibson is the one responsible for beating the children, according to ABC 7.

“The picture is being over shadowed with emphasis on a mother that probably didn’t know how to respond due to her mental and emotional abilities – in such a an overwhelmingly emotional situation,” Jennifer Reed added.

“My sister is one of the sweetest people I have known in my life. She has never knowingly hurt anyone or anything.”