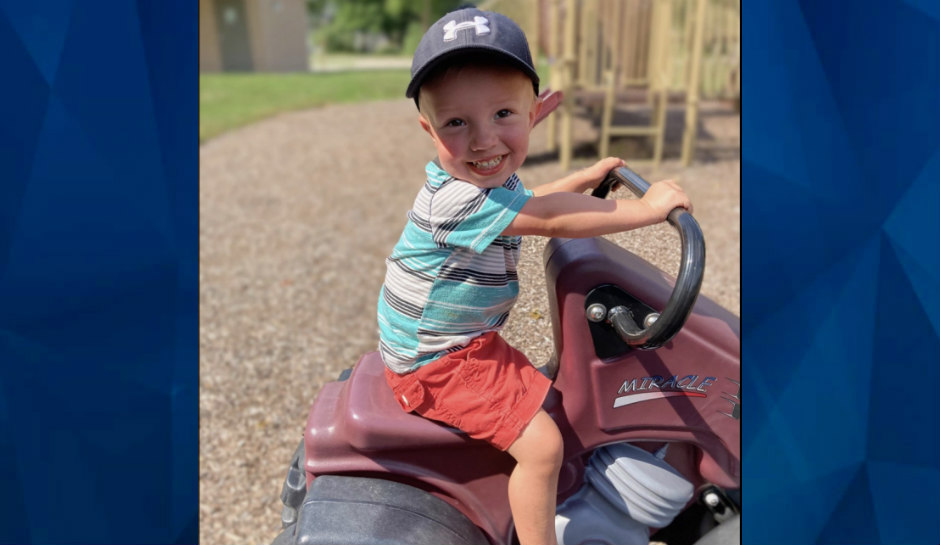 ‘Someone just snatched your heart out’: Heartbreak after mom’s new boyfriend kills tot, blames it on breakfast [Police]

New details emerged Monday during the arraignment of a Michigan man accused of killing his girlfriend’s 2-year-old child.

The Ionia Sentinel-Standard reports that 27-year-old Matthew Ryan Rademacher was arraigned Monday morning in the in Ionia County 64-A District Court, on felony murder and first-degree child abuse charges. The arraignment is in connection with the death of 2-year-old Colton Sceviour, who passed away Friday afternoon.

According to court documents, first responders arrived Friday morning to a home off of W. Ferney Street in Clarksville, in response to a child who was not breathing and choking.

Paramedics resuscitated the child, identified as Colton, then took him to the Helen DeVos Children’s Hospital in Grand Rapids, where he was listed in critical condition. At around 1 p.m. on Friday, Colton passed away.

Although authorities were told Colton started choking while eating breakfast, doctors found no evidence of choking and referred the case to the Kent County Medical Examiner’s Office to determine an official cause of death.

Matthew Ryan Rademacher, 27, of Clarksville, was charged today with felony murder and first-degree child abuse in the…

Posted by The Hastings Banner on Monday, September 21, 2020

The Kent County Medical Examiner listed Colton’s death as a homicide caused by cranial-cerebral trauma. According to investigators, Rademacher was detained the same day. The following day, he was charged with child abuse and murder.

During Monday’s arraignment, in a push to have Rademacher’s bond denied, Ionia County Prosecutor Kyle Butler listed previous criminal infractions against the suspect, as well as the seriousness of the current offenses. Prior charges included stalking and possible drug use.

“There is a concern for methamphetamine use by the defendant,” Butler said.

Butler added that Colton’s injuries were so severe that he had bruises all over his body, including on his face and neck. During an autopsy, the medical examiner found blood spots on the outside of the boy’s skull.

“The autopsy revealed various levels of bruising all over the body,” Butler said Monday. “There was no logical reason for the number of bruises found on the boy’s body, per [the medical examiner].”

Butler pointed out that Rademacher was the only person caring for the boy when the incident happened. The prosecutor emphasized that Rademacher lied about Colton choking on his breakfast, as there was no food in the boy’s airways.

Rademacher, who sobbed throughout the arraignment, admitted he was taking care of Colton at the time of the incident, the Daily News reports.

“I volunteered to stay home because school got canceled for Colton,” he said.

Magistrate David Wirth ultimately denied the suspect bond and remanded him back to jail.

“These are very serious charges, Mr. Rademacher,” Wirth said. “You were the one who was in care of that child when emergency services were called.”

Meanwhile, Colton’s father, Daniel Sceviour, told News 8 that he had noticed bruising on Colton during custody visits. He said he now wishes he would have done something about it sooner.

“I knew there was something else going on, I just didn’t know what. When I heard what really happened and who was behind it, my emotions just flooded with anger, frustration, sadness. The constant bruises on my son’s neck, on his face, on his arms. Every time I received him for my custodial visits, there always seemed to be some kind of new bruise.”

A probable cause conference is scheduled for October 5.