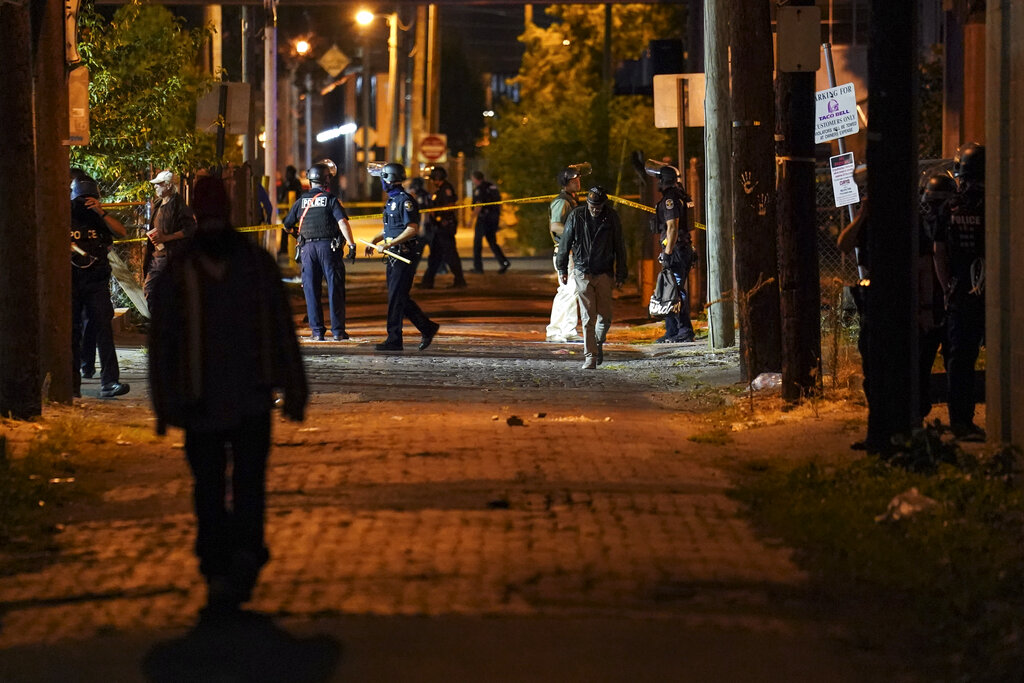 Two police officers were shot in Louisville, Kentucky, on Wednesday night amid protests responding to the attorney general’s announcement earlier Wednesday that none of the three officers involved in the fatal shooting of Breonna Taylor were indicted on charges directly connected to her death.

As CBS News reports, it is unclear if the officer shooting was related to the protests. The unidentified officers responded to reports of shots fired at a group gathering, the interim police chief reportedly said at a news conference Wednesday night. The report does not say exactly where the officers were shot, just that they were both hit while they were deploying.

Both officers were hospitalized with non-life-threatening injuries. One officer is still undergoing surgery, while the other is in stable condition, according to the report.

The suspect is expected to be arraigned on Friday.

As CrimeOnline previously reported, only one of the three officers involved in a raid that led to the death of emergency medical technician Breonna Taylor was indicted, and the charges are not in direct connection to the death of the 26-year-old woman, who was asleep when the officers reportedly executed a warrant at her home. For months it had been widely reported that the officers were executing a no-knock warrant, but the attorney general said during the announcement of the grand jury decision that it was not in fact a no-knock warrant. Taylor’s boyfriend fired at the officers, later saying he believed they were intruders. Taylor was killed when the officers returned fire.

Former Louisville police officer Brett Hankison, 44, who was fired after Taylor’s death in March, was indicted on three counts of first-degree wanton endangerment. The charges are reportedly related to bullets the officer fired into the apartments of Taylor’s neighbors as he was shooting from inside Taylor’s apartment.

This is a developing story. CrimeOnline will provide further updates as more information becomes available.