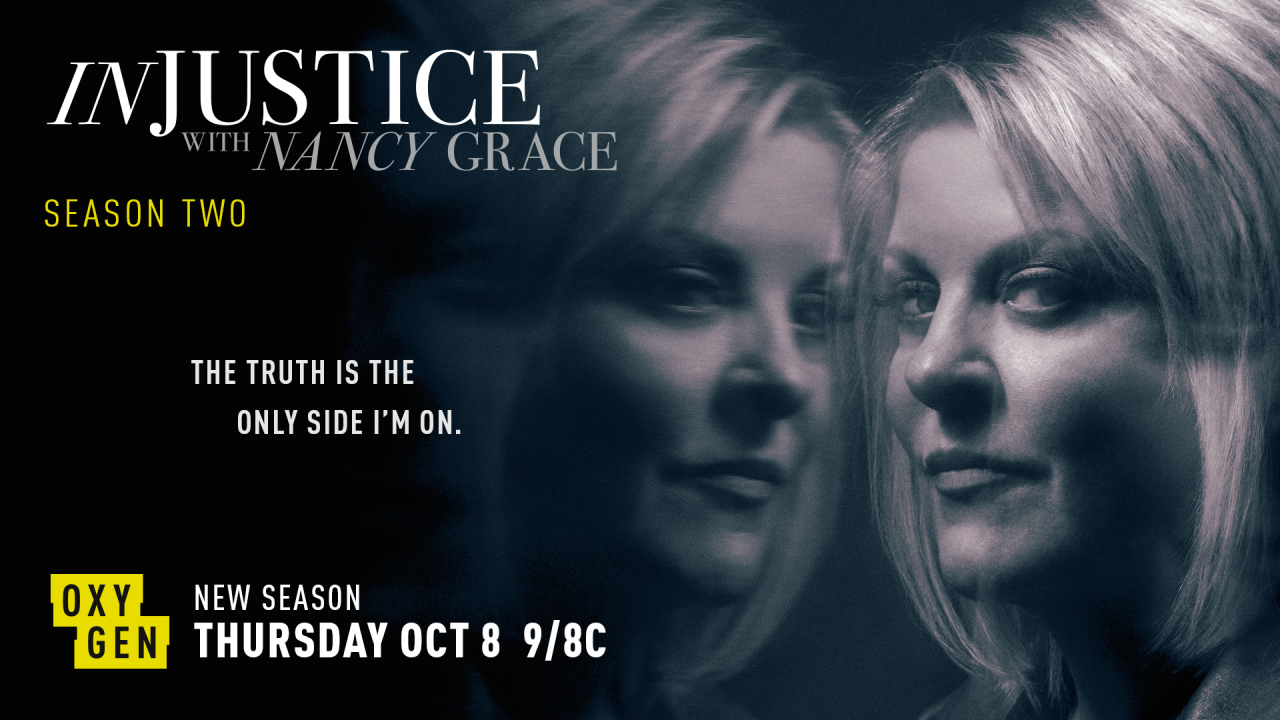 In November 2019, 7-year-old JJ Vallow and his 16-year-old sister Tylee disappear. Their bodies are found months later, buried in shallow graves in Chad Daybell’s backyard. Does their mother, a member of a bizarre religious cult, know the truth about what happened to them?

In the season premiere of “Injustice with Nancy Grace,” airing tonight at 8 p.m. EST on Oxygen, Nancy investigates the mysterious crime and the woman who may hold all the answers – ‘Cult Mom’ Lori Vallow.

Lori Vallow, who grew up close to her siblings, had four failed marriages before she married her fifth husband, Chad Daybell, after reading one of his books on “Doomsday” and the end of times. Once Vallow started following Daybell and his views, she dramatically changed and fell into a pattern of darkness.

JJ’s father, Charles Vallow, even warned police that Lori might be dangerous.

“Lori is a danger to everyone around her,” Vallow’s fourth husband, Charles Vallow, told police. “She’s lost her mind. She thinks she’s a resurrected being and a god.”

In July 2019, Charles Vallow was shot dead by Lori’s brother, Alex Cox, who claimed Charles hit him with a bat during a heated argument over custody issues. Months later, Alex died from a pulmonary embolism.

Lori then moved to Idaho to be with suspected cult leader Chad Daybell. Her family members stopped seeing or hearing from Lori’s children. Worried, they pleaded with Lori for months to tell them if the children were OK.

When Lori’s friend Melanie Gibb visited Chad and Lori in Idaho, she heard Lori say that JJ had become possessed by a zombie. Melanie saw JJ during the visit but Tylee was never seen or spoken about.

Shortly after, Chad’s wife, Tammy, inexplicably died in her sleep. When authorities suggested an autopsy, Chad refused. Just a few weeks after Tammy’s death, Chad and Lori married and went to Hawaii for their honeymoon. Meanwhile, Lori’s family still had not heard from JJ and Tylee.

On June 9, 2020, over a dozen police officers arrived at Chad Daybell’s house. And as they dug up an area in his backyard, two sets of human remains were found. While the family hoped that the children would still be alive, their hopes were crushed when a medical examiner confirmed the remains were of JJ Vallow and Tylee Ryan.

But no one has yet been charged for Tylee and J.J.’s deaths, and the investigation continues. What really happened to JJ and Tylee?

On the premiere episode of “Injustice with Nancy Grace” Season 2, Nancy Grace, family members of the victims, and expert guests dig into the case to try and find the answers.

“Injustice with Nancy Grace” Season 2 premieres tonight, October 8 at 9pmE/8pmC, only on Oxygen, the true network for crime.