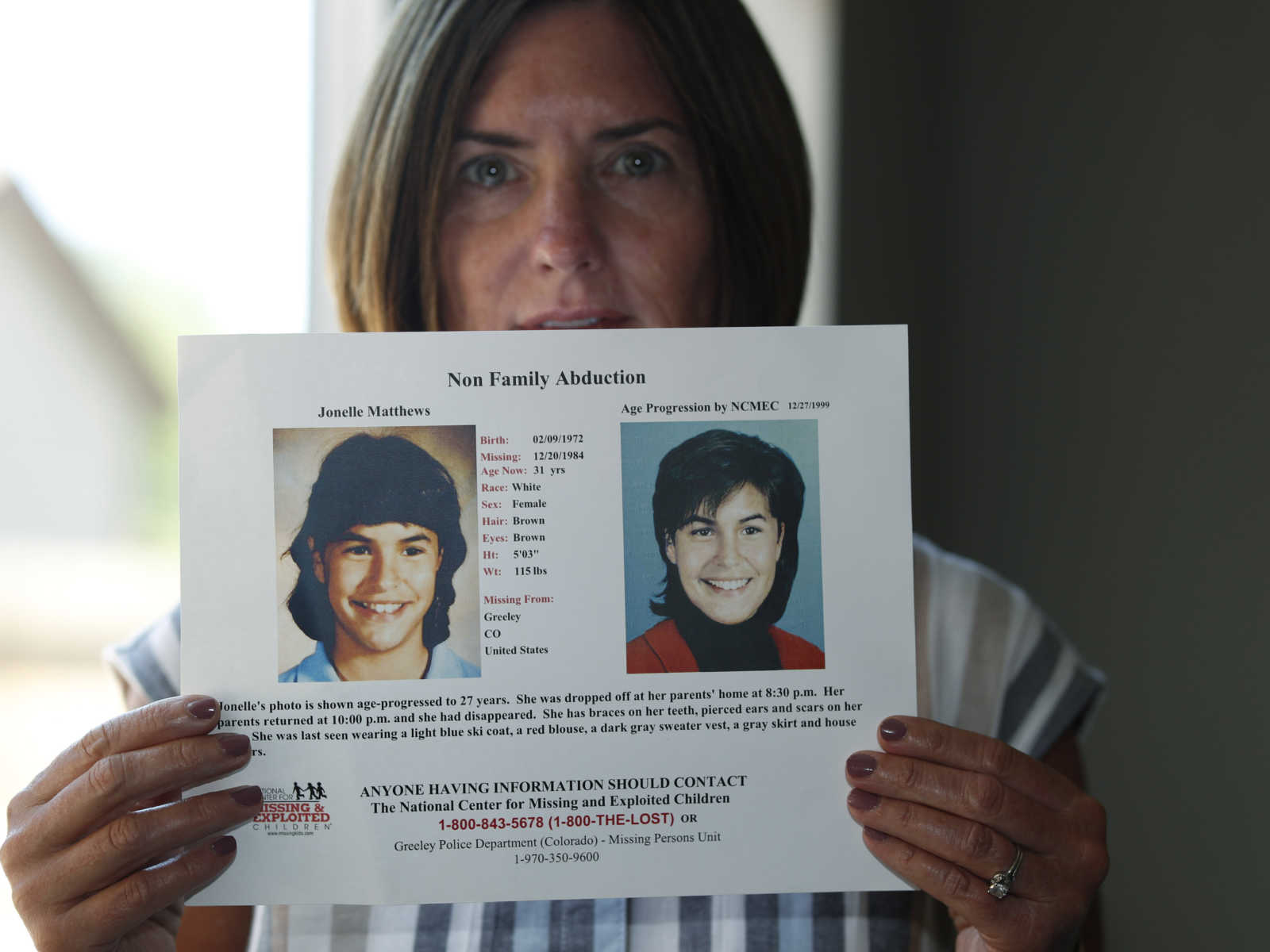 A former Idaho government Republican candidate is behind bars facing kidnapping and murder charges in connection with the death of a Colorado girl, in a case that law enforcement has dedicated decades trying to solve.

As CrimeOnline previously reported, 12-year-old Jonelle Matthews disappeared on December 20, 1984, after attending a Christmas concert at Franklin Middle School in Greeley, Colorado. A friend and the friend’s father dropped Jonelle off at home after the concert and watched her until she walked inside.

Jonelle’s father and sister were at a basketball game when she arrived home, and her mother was out of town. When the family came home, Jonelle was missing. The shoes she wore at the concert were left behind.

At the time of Jonelle’s disappearance, Steve Pankey, who ran for Idaho governor for the Constitution Party in 2014, then ran again in the 2018 Republican primary, lived around two miles away from the girl.

In July 2019, 34 years after her disappearance, a construction crew found human remains at an oil construction site over 20 miles away from Jonelle’s home. Officials later confirmed the remains were positively Jonelle’s.

On Tuesday, according to NBC News, Weld District Attorney, Michael Rourke, announced that Pankey was indicted by a grand jury on October 9. Authorities arrested Pankey on Monday in Idaho and charged him with first-degree murder and related charges.

“For over three decades, the disappearance of Jonelle Matthews has left our community with many unanswered questions and a void that has not been filled,” Jones said. “With the arrest of Steve Pankey for the murder of Jonelle Matthews, some of these questions are starting to be answered.”

Pankey, who was also a youth minister at Sunny View Church of the Nazarene in Greeley, previously claimed that he was on police radar because of previous run-ins with the law, but insisted he never harmed Jonelle.

In 1977, Pankey was accused of “date-rape” by a 23-year-old woman. He was prosecuted but the charges were later dropped. Pankey claimed the sex was consensual.

“Once you’re accused of something like date rape, you’re forever stigmatized,” Pankey told the outlet.

Pankey said on the night Jonelle disappeared, he was at home with his former wife. The couple reportedly left for an out of town function the following morning, and when he returned home on December 26, he learned that Jonelle had vanished.

His timeline, however, differed from what his former wife told investigators. Pankey’s ex-wife told authorities that they took an unexpected trip on December 22, 1984, which would have been two days after Jonelle disappeared, according to the indictment.

The former wife also indicated that Pankey searched for news on the radio about updates on the Jonelle, which was something uncharacteristic of him. She said when they returned home, Pankey forced her to read newspaper articles about Jonelle.

Pankey then allegedly “began digging in their yard” and disposed of a vehicle on their property that had “caught fire.”

In 2008, Pankey’s son was murdered. The former wife told investigators she heard him say something odd while at his son’s funeral.

“I hope God didn’t allow this to happen because of Jonelle Matthews,” Pankey said, according to the indictment against him.

Pankey claimed he didn’t know who Jonelle was until six days after her disappearance when he heard about her through reports and the community. However, Pankey attended the same church as the Matthews family.

“I never met Jonelle, I never met her family, I didn’t know she existed or disappeared until Wednesday, December 26 [1984],” Pankey told the Idaho Statesman in 2019.

On August 15, 2019, FBI agents found Pankey at his home in Twin Falls, Idaho, and questioned him. Pankey claimed that authorities asked him to take a DNA test and he complied.

Authorities later obtained a search warrant for Pankey’s home. According to the warrant, investigators wrote that they had probable cause to think that Pankey kidnapped and murdered Jonelle.

Detectives previously visited Pankey’s former home in Greeley and asked the current owner about the septic tank before digging up three areas in the home’s front yard.

Pankey said in 2019 that he thought authorities would leave him alone after the supposed DNA test. He decided to talk openly about the case after detectives continued to investigate him.

Greeley police said that although Pankey previously cooperated with law enforcement, when they arrived at his Twin Falls home, he became uncooperative. Greeley authorities also said that Pankey was not asked to submit a DNA sample by law enforcement.

“I anticipate he will be exonerated of all charges,” Viorst said.