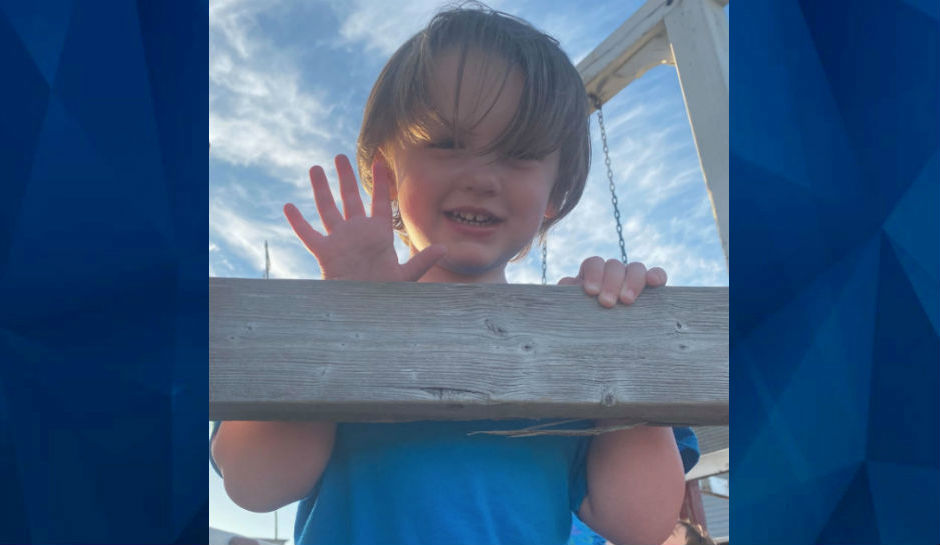 A man sent a friend a mysterious box for ‘safekeeping.’ When the friend opened it, the man and his 3-year-old son were likely already dead.

A Maryland father was found dead with his 3-year-old son in an apparent murder-suicide late last week.

As the Baltimore Sun reports, police were called to a home in Bel Air, Maryland, around 6 p.m. on Thursday, where responding officers eventually found Jason Douglas DeWitt and his 3-year-old son, Grayson DeWitt, dead of apparent gunshot wounds.

Police did not find the bodies immediately upon arrival, because of a note that had been placed on a locked door on the second floor of the home, claiming there were explosives inside the home. After police used foam projectiles to open the door, they saw that the room was not in fact rigged to explode, Harford County Sheriff Jeffrey Gahler told the newspaper.

According to the report, officers tried “for a few hours” to contact residents of the home, and eventually entered the room behind the door where the note was found. There, the officers discovered the bodies of the father and son.

Gahler told the newspaper the investigators do not believe the apparent murder-suicide was a spontaneous act, but rather, that DeWitt had planned to kill his son and himself. According to the report, Dewitt had delivered a box to a friend’s home earlier that same day, asking the friend to take possession of the box for safekeeping — apparently, without telling the friend what was inside it.

Shortly before 6 p.m. on Thursday, DeWitt reportedly called the friend and instructed them to open the box. Inside were items that suggested DeWitt was suicidal, prompting the friend to call 911. Gahler said investigators believe the father and son may have already been dead by that time.

“I think that all indications at this point are … that the suspect had placed things in place so meticulously that he had committed this act before the friend was able to call 911,” Gahler told the newspaper. “Before deputies arrived on the scene, it is most likely both subjects were deceased.”

According to the report, DeWitt was a drum teacher who worked from home, and neighbors had never previously noticed suspicious before — though some, including Tae Park, said they did not see DeWitt very often.

Park also told the newspaper that he did not hear any gunshots from the home on Thursday, before or after police arrived.

“I am assuming the gunshot went off before the police came,” he said.

The sheriff told The Baltimore Sun that the boy’s mother lived at the home, but it is not clear from the report if she and DeWitt were married. She was not home at the time of the apparent murder-suicide.

“What mother could be alright, for the rest of her life, moving forward after the loss her 3-year-old?” the sheriff said. “I can’t imagine that sense of loss.”

Authorities have not yet commented on a possible motive. CrimeOnline will provide further updates when more information is available.

Anyone with information is urged to call the Harford County Sheriff’s Office Criminal Investigations Division at 410-836-5442.