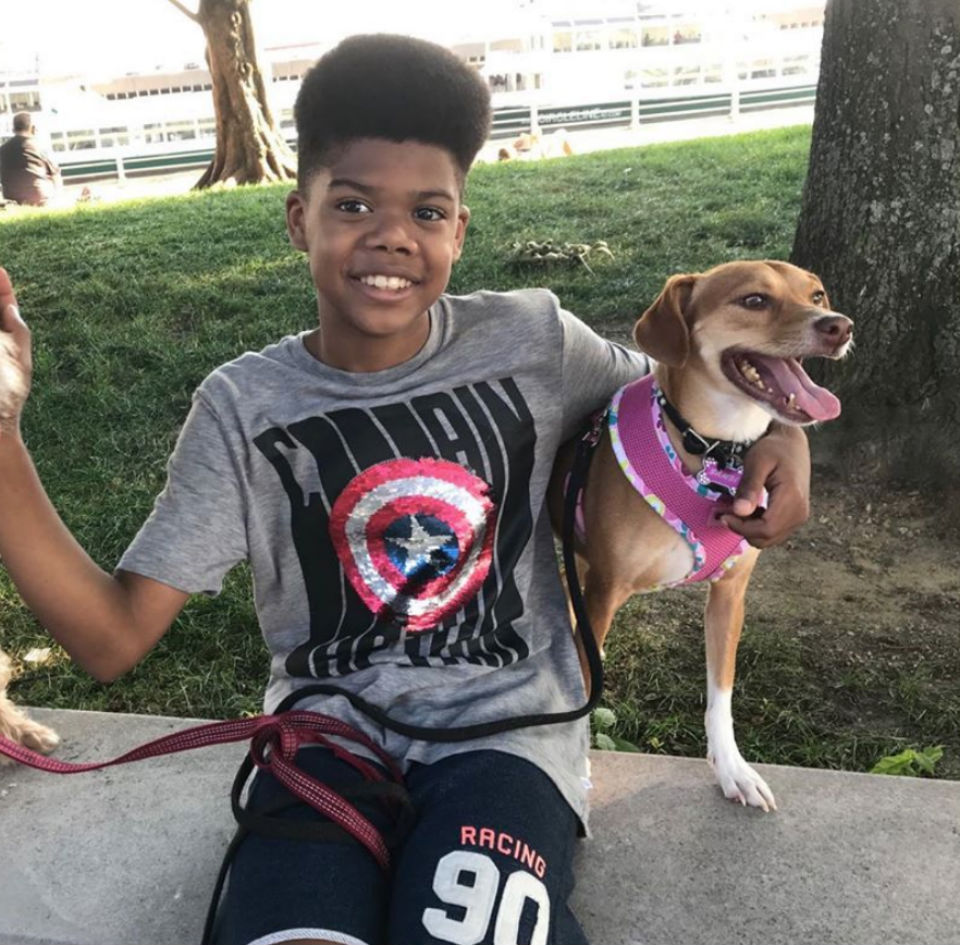 Matthew Pierre had been doing homework on the apartment terrace Monday morning before he fell, or possibly jumped, to his death

A 13-year-old boy died after falling from a high-rise terrace, and police are investigating the possibility of suicide.

According to the New York Post, Matthew Pierre was found dead early Monday morning outside the high-rise apartment building where he lived in the Hell’s Kitchen neighborhood of Manhattan.

Before the fatal fall, the 13-year-old had been doing homework on the apartment balcony, while his mother and sister were inside the home.

Police sources reportedly told the New York Post that “cryptic writing” was found on the teen boy’s computer, leading investigators to believe he may have taken his own life, though authorities are continuing to investigate his cause of death.

As the Daily Mail reported, Pierre’s mother Jean Snead-Pierre, the founder of an after-school and summer educational program for New York City schoolchildren, confirmed her son’s tragic death in an Instagram post.

Rest in Power my handsome sweet young King! It is with deep sadness The Pierre family, and the HK community the tragic loss of our beloved son Matthew. Thank you all who have been supportive, praying and crying with us. We love you and appreciate you. We will definitely need you going forward as the road ahead without him will be tough. He always was positive and loving. We will NEVER FORGET YOU! #motherslove June 19, 2007- October 19, 2020