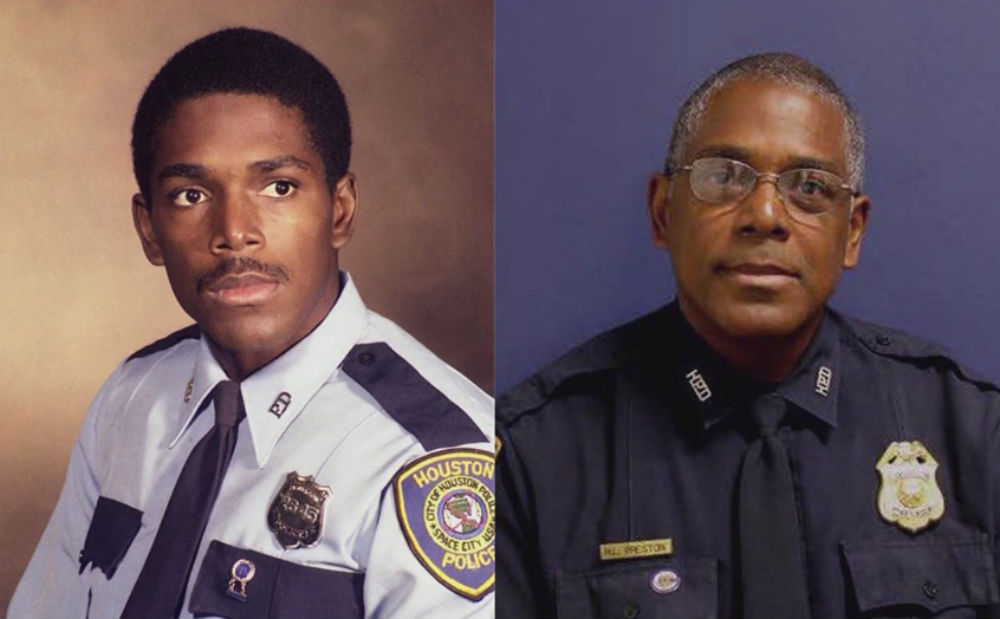 The suspect’s wife had called police for help twice over the weekend before the deadly shooting, but responding officers said there was no evidence of abuse

A Houston police officer was fatally shot on Tuesday during a violent standoff with a man who had repeatedly been accused of domestic abuse.

As KHOU reports, Houston Police Sgt. Harold Preston, 65, died after he was shot repeatedly in the head and spine during a domestic disturbance call at a Houston apartment complex Tuesday morning.

Law enforcement officials have identified the suspect as 51-year-old Elmer Manzano, 51, who was shot in the abdomen and transported to a hospital. Manzano’s 14-year-old son was also shot and is expected to recover.

In a press conference, Houston Police Chief Art Acevedo said that officers arrived to the apartment complex just about 8 a.m. Tuesday, after the suspect’s estranged wife had called for assistance. The police chief said the officers — Preston, Waller, and a third officer — spoke to the woman for about an hour in the parking. The woman reportedly told police that she wished to safely retrieve her belongings and exit the apartment.

ABC 13 obtained police documents showing that the woman had called police twice the previous weekend after she and the suspect had argued, in at least one instance over custody of their 14-year-old son. The report indicates that the woman said Manzano had threatened her. The report provides few details about the complaint made on Saturday. On Sunday, responding officers found Manzano with six bullets on his person, but did not find a gun. The police record shows that an officer wrote “no assault occurred” in the report, though it appears that prosecutors were prepared to bring charges against the suspect.

Instead, prosecutors wrote in a charge dismissal slip: “officer does not believe offense occurred,” according to the ABC 13 report.

It is unclear if any of the officers involved in the weekend incidents were among the three who reported to the scene on Tuesday morning.

The precise timeline of the shooting and police standoff remains unclear, with local reports providing conflicting information. According to ABC 13, the couple’s 14-year-old son was with his mother in the parking lot as she spoke to the officers, reportedly telling them that she had been locked out of the home. At some point, the boy was able to enter the home, and told officers that his father had a gun.

Shortly after, Manzano allegedly opened fire, hitting the officers. Officer Preston, a 41-year veteran of the force, was taken to a hospital by ambulance, where he was later pronounced dead. According the report, more police officers and SWAT team agents arrived to the scene after the shooting, and Manzano surrendered just before 10:30 a.m., as his home was surrounded.

ABC 13 reports that an elderly woman was also inside the home, and appears to have been unharmed. It is unclear if Manzano or the officers returning fire shot the 14-year-old boy.

According to the report, Preston lived with his aging parents, taking care of them in their senior years. He was also engaged to be married.

KHOU reports that Preston was only two weeks away from retirement. The Houston Police Department is planning his funeral.